Friday 31st March was my first Hackathon. And it was a pretty special one. In our beautiful ASE (Accelerated Solutions Environment) Capgemini hosted the Trans*Code hackathon, which took place, appropriately on international Trans Day of Visibility. I reached the end of the day with an extremely sore face (too much smiling) and a lump in my throat (from the repeated reminders of just how very important a day like this is). 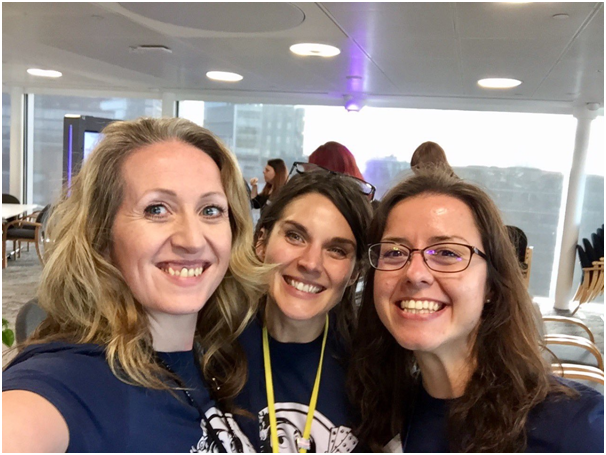 I didn’t know really what to expect from the event – I knew from having spoken to colleagues who’d attended before that this is a really tight-knit group of people, and I was worried I’d feel like an intruder into the community. Well that was daft – I guess that’s one of the things about a community of people who (sadly) understand exclusion – they know how to include.

The days was full of rich lessons, but five key reminders for all of us after the event:

1.  It’s amazing what a group of people can achieve when they really believe in a project. I was talking to a (very awesomely techie) colleague today about my beginnings of learning to code. His advice was to solve a specific problem rather than trying to learn something for the sake of it. In his words – you’ll have much more of an incentive to “get it” if you’re working towards a solution instead of thinking in the abstract. Well we had a (depressing) number of real life challenges for our Trans coders to get to grips with at the event, and they achieved incredible things in SUCH a short time. I mean really mind blowing things – for example the group who worked on a voice-training website to help members of the community adapt their voices to their preferred gender. They took existing solutions, and built on them using technology I can’t even explain, to create something which pinpoints specific areas for the user to focus on. Mind-blowing. And this all came about because of the experiences a number of them had encountered during their transitions, and wanted to solve for others. 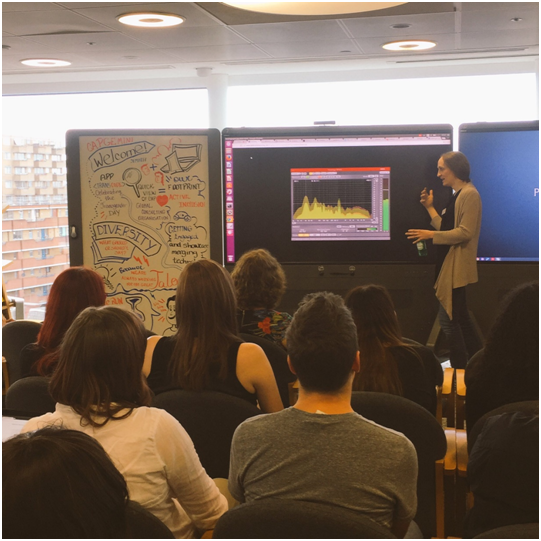 2.  The problems our Trans community faces on a day to day basis are those which have probably never even crossed the minds of those of us not in this community. For example, people who’ve made the brave decision to embrace their real selves and come out as trans, but are then helpfully reminded by their social media profiles of who they previously were. I love the “on this day” feature on Facebook, which flashes up happy reminders of my kids when they were smaller. It was a rude awakening to realise that for those in the Trans community, this can be a constant assault of reminders of a life you wanted to leave behind. Ever pragmatic, inventive and creative, our hackers created (IN SIX HOURS) a tool which removes “dead names” from twitter, and send a very polite note to anyone who mentions your previous name to ask them to delete it and use your new name. Six hours – it’s amazing what the motivation of a real problem will do for you. Incidentally, this proved a lot harder with Google and Facebook data, so if anyone’s reading this from either of those organisations, please feel free to get in touch – I know some people who’d love to talk to you about this!

3.  It’s an incredibly brave thing to come out as Trans. This isn’t just about coming out to your friends and family, and the fear of their potential reactions. It’s much wider than this. One of the groups was creating a website portal for individuals to use at the start of their trans journey (resources, questions, advice etc)… One of the questions from the audience when they were presenting it back was – “How are you going to make this site so that it’s safe to look at in a public place?” Can you imagine feeling so fearful about reaction to something that you’re scared to google it where someone might see? No? Me neither.

4. The best solutions make life a lot easier. One of the things which can cause problems for the Trans community when they are coming out at work is that particularly for smaller organisations, it might be the first time they’ve supported a trans employee. One of our teams came up with a brilliantly simple idea – draw on best practice from a number of different organisations, and allow small companies to generate their own “pre-approved” trans policy. In other words, make it as easy as possible for organisations to support their trans employees. 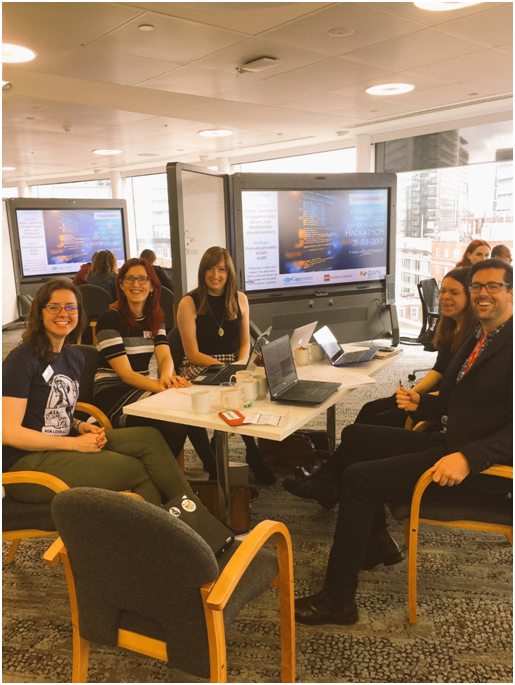 5.  Visible role models are so important. We talk about this a lot within Capgemini, and it was really reinforced on Friday. The project which was probably most “lump to the throat” inducing was a project to create an app to support the “Twilight People” campaign. If you’re not familiar with it, this project showcases trans people of faith, in recognition of the fact that religion and being trans are not always the most comfortable of partners. The beautiful photography featured in the campaign and the incredible personal stories of those featured are really powerful. But there’s something about the accessibility of having that support on your phone, in an app whenever you need it which just feels really important, especially after all the other conversations in which I participated at the event.

I know I am always talking about how much I love my job, and the event was a great case in point. It was a really humbling experience to be welcomed into this tight-knit community, and allowed to share in their experiences. Witnessing the support they provide one another, and the passion they have for making life easier for others in the same situation is something really special. And the whole day was one big reinforcement of the importance of Active Inclusion, and our continued focus on making Capgemini a place where all our employees feel safe and comfortable to be their real selves at work. It makes such a difference.

Society has undergone an accelerated digital transformation as a result of recent lockdowns,...

Reflections on an award winning partnership with Code Your Future

On the evening of the graduation of our second cohort of Coding Academy students, I reflect...

Out, Proud and a tester …

Each year Pride month comes and goes with me vowing to put fingers to keyboard to write about...

Out, Proud and a tester …
Show all