Amy C. Edmondson has been recognized by the biannual Thinkers50 global ranking of management thinkers since 2011, and was ranked #1 in 2021. She received the organization’s Breakthrough Idea Award in 2019, and Talent Award in 2017.

Professor Edmondson’s research focuses on teaming, psychological safety, and organizational learning. Her articles have been published in numerous academic and management outlets, including Harvard Business Review and California Management Review.

Her most recent book, The Fearless Organization: Creating Psychological Safety in the Workplace for Learning, Innovation and Growth (2018) has been translated into 15 languages and its blueprint for creating a fear-free culture has revolutionized how organizations think about workplace culture as a means to thrive in the Future of Work.

The Capgemini Research Institute spoke to Professor Edmondson about building a psychologically safe workplace, embracing failure, and how leaders can steer their organizations through the new business environment.

What is psychological safety and how does it drive organizational performance?

When organizations create such a work environment, they are rewarded with a greater degree of candor in terms of employee responses and questions, which translates into higher quality of output – especially when the work is knowledge-intensive. This has been confirmed in a well-publicized study by Google called Project Aristotle, which set out to find the “secret sauce” of high-performing teams. They found that the highest-performing teams were those with the strongest elements of psychological safety.

“The highest-performing teams were those with the strongest elements of psychological safety.”

However, research suggests that motivation is not the problem; most often, employees feel motivated but are stymied in their attempts to act on that motivation. Here, psychological safety comes to the rescue by encouraging behaviors such as asking questions, experimentation, and giving candid feedback. It releases people from the constraints of interpersonal fear. When employees have both motivation and psychological safety, a learning zone is created, which quickly develops into a high-performance zone.

It looks energizing. We see less hesitation, and greater participation and inclusivity, meaning that planning and performance benefit from a range  of diverse perspectives. There might be an increase in overt work-related “conflict,” but it will be healthy, impersonal, and productive. More voices will be heard, regardless of the status or role of the speaker; ideas will be received and assessed based on their own merits, rather than the position of the speaker in the organizational hierarchy.

“There might be an increase in overt work-related ‘conflict’, but it will be healthy, impersonal, and productive.”

How can organizations create a psychologically safe work environment in a remote setting?

In a remote setting, organizations need to rely more on an effective structure than on the strength of informal interpersonal relationships. This structure should provide a platform for everyone to speak and employ techniques such as a devil’s advocate or pre-mortem [assuming the project will fail and identifying the potential causes of failure]. In a hybrid setup, leaders should go out of their way to encourage dissenting views.

“In a hybrid set-up, leaders should go out of their way to encourage dissenting views.”

As well as demonstrating them through their actions, leaders should be open and explicit about their intentions to be inclusive and helpful. By establishing a psychological as well as an operational framework, the safe environment can be transferred to the hybrid structure.

Which managerial practices help foster a culture of psychological safety across the organization?

Recognize fear as a risk; make it discussable, make it okay to ask for help, and welcome diverse views. Then, the most important thing is the use of inquiry – the explicit, proactive, persistent use of good questioning techniques. When managers or colleagues ask thought-provoking questions, it gives employees the stage and lends implicit credibility to their opinions and ideas, while demanding high-quality thinking.

My interest in psychological safety stems from a more profound interest in collaboration. The quality of the product or outcome depends, inevitably, on effective collaboration. Empirical research by Microsoft has concluded that the shift to remote working has caused the share of time employees spend in collaborative cross-group connections to drop by about 25% compared with the pre-pandemic level. We are still collaborating but have become more siloed. We are communicating just as much and sending more emails, but we are less likely to boundary span [link internal networks with external sources of information] in potentially practical ways. This issue should be identified in individual organizations and steps taken to overcome it, such as identifying points in each project for productive cross-departmental collaboration, rather than leaving everything to email.

How to avoid underperformance and innovate better by embracing failure?

I have identified three broad categories of failure: basic, complex, and intelligent.

Basic failure occurs when deviation from a set formula results in a bad outcome. Complex failures result from multiple events in different departments or disciplines, or at different levels of the organization; it is analogous to a breakdown in a vulnerable system. During the pandemic, supply-chain breakdowns offered examples of complex failure.

Intelligent failure can result from positive actions, such as venturing into new territory, exploring new opportunities, experimenting with hypotheses, and (as a result of these positive behaviors) making small mistakes. Organizations must get comfortable with these types of failure and learn from them in order to create new knowledge and promote innovation. Companies must celebrate intelligent failure and do whatever they can to mitigate, reduce the frequency of, and (ideally) eliminate basic and complex failures. It is also sound policy to seek to avoid intelligent failures of a magnitude where they can no longer be considered intelligent.

What sort of relationship should a leader have with failure?

Many leaders are highly tolerant of intelligent failure because it drives innovation, but, understandably, they are intolerant of incompetence and sloppiness.

The best leaders think like scientists, rather than old-fashioned command and control managers. They are no longer under the illusion that they can just set targets and goals and, if people try hard enough, they will achieve them. The best leaders set a clear direction and have a very high ambition about what can be done through productive collaboration. However, at the same time, they keep open minds about how the ultimate destination will be reached and which milestones will be passed on the way there.

“The best leaders think like scientists, rather than old-fashioned command and control managers. They are no longer under the illusion that they can just set targets and goals and, if people try hard enough, they will achieve them.”

Is fear really a motivating factor?

Fear fundamentally motivates people to withdraw, rather than participate and strive for excellence. If employees are afraid in the work environment, they will be keen to show superficial competence but will aim little higher than that. In some environments, the former attitude will suffice. If I’m doing something standardized – repeatable widget-making, say – then looking good and being good will be the same. But, if the work requires ingenuity, judgment, and collaboration, looking good and being good will not be the same thing.

Fear-based management leads people to hide, striving to provide the illusion of performance, rather than real excellence. Eventually, all illusions are discovered and become expensive, embarrassing, and potentially highly damaging. Fear can motivate adequate performance of highly standardized, highly routine, highly objective work tasks. However, it does not serve as a motivator for knowledge-intensive work or any task that requires ingenuity, creativity, and teamwork.

“Fear-based management leads people to hide, striving to provide the illusion of performance, rather than real excellence.”

How can organizations use agility hacks?

Large established companies often use “agility hacks” [shortcut responses that alleviate a problem temporarily allowing a more measured response to the underlying causes] to bypass temporarily their standard processes and act quickly and effectively, while leaving the overall system undisturbed. Organizations unleash high-powered teams to pursue a new market opportunity or respond forcefully and creatively to severe performance problems (such as an alarming decline in revenue).

These teams use unorthodox methods to achieve results quickly, which act as workarounds to get things done outside the organization’s established architecture and standard operating processes. The case studies where these were employed differed in size and duration, but we encountered commonalities in their approaches: they were connected to their purpose, they received permission to cut through bureaucracy, and they could bypass the disciplined, iterative processes used in their usual operations. Other companies seeking to create agility hacks should build them around these principles.

Agility hacks will not necessarily alter how the overall structure of the company works, but I argue that this is no bad thing. It is more a case of mobilizing various teams to provide effective quick fixes that buy time in which long-term solutions can be developed.

LEADING THROUGH THE NEW NORMAL

What are the top three attributes that you would like to see in leaders?

Leaders need to be vulnerable, curious, and empathetic. None of us knew we were about to face a global pandemic; we need to admit to this state of vulnerability. Leaders who acknowledge reality are stronger than those who don’t. I see you as a less strong leader if you say, “Get it all under control; we are solid in our knowledge of what we’re doing and what’s going to happen next.” That, to me, is an unrealistic and ill-informed stance.

As I say, leaders should have the mindset of a scientist: growth and learning come from a place of curiosity. And empathy is a powerful place to come from, too, because, if you want to inspire and engage others in challenging activities that lie ahead, you need to understand human behavior and have a generous attitude to your employees, both as colleagues and as people.

“Leaders need to be vulnerable, curious, and empathetic.” 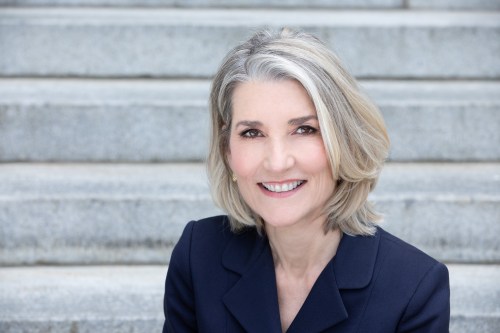 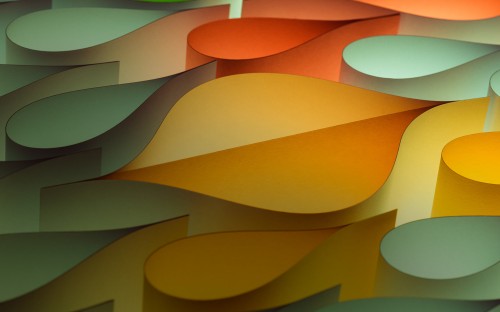 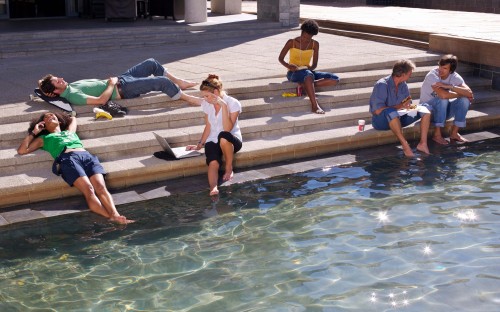 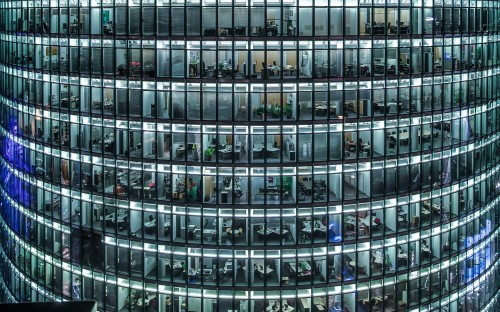