In 2008 I joined Capgemini, where I started managing several software development projects. In the first one, we made a banking risks recovery solution from which the Devon framework was born.

From 2010 onwards, we have grown to the extent of creating the Devon Centre of Excellence, with more than 60 people working on Architecture and Java development projects, in an agile model based on Devon called ‘Development 3.0’. Currently I am the head of the Devon Centre of Excellence. . In 2013, I led the conversion of my team to the first CSD CoE in Spain. In 2014 I was promoted to SM with a new additional responsibility: The Architecture Area, which I integrated into the CoE. In 2 years, we doubled the team and the CSD CoE had become a key asset of CSD Spain.

In 2016, I was nominated head of CSD Practice in APPS, promoted to Director, and trusted with an important challenge: to integrate the regional CSD units (+500 FTEs) into One Practice, unifying our cultures impulsed by one vision. In April of 2018, I launched the seed of our AIE in Spain, and in July of 2018, I was nominated Spain BU CSD PL in the LEAD organization. 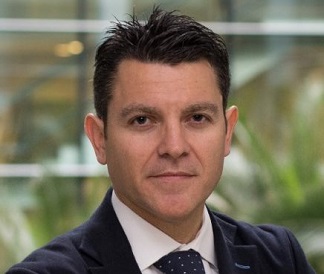