The metaphor is all too clear: when you apply the latest in concrete asphalt to a medieval, meandering cowpath – expecting significant speed improvement travelling it – you’re in for disappointment.

We find ourselves in transformative times, with the pandemic crisis further accelerating the move towards digital, virtual, AI-, and IoT-powered technologies. The potential is high. And so are expectations. Yet again, in order to get the maximum benefits out of innovation, we need to have a thorough look at the landscape. We need to avoid those long and winding roads – scenic and melancholic as they may be – if we want to reach brand-new destinations much faster.

Striking examples are abundant in the area of artificial intelligence.

The AlphaGo case is by now admittedly to some already an AI cliché, but it is such an excellent illustration of avoiding the technology cowpath to create a breakthrough. Go, an ancient Chinese board game, was long considered the final frontier for advancing technology. It was deemed so complex – yet metaphysical and almost poetical – that an IT system would never be able to beat humans. This proved to be right for quite some time, with software engineers unsuccessfully trying to mimic the policies and strategies of top Go players.

Then, Google’s DeepMind took an entirely different route with AlphaGo. It applied deep learning neural networks to an archive of 30 million different Go moves from real games, combined it with reinforcement learning and Monte Carlo tree search to end up beating the world’s best players consistently. All without any programming – or “understanding” of how to play Go. Later on, successor AlphaGo Zero even more ostensibly made the point of not needing the human touch, by starting from scratch teaching itself – without ingesting even a single move ever made in a real-world game.

Clearly, no cowpaths there. The breakthrough came through bypassing established ways, using technology to its full extent – without trying to “only” augment or imitate human capabilities.

Many more cases to explore, in areas as diverse as AI-first processes, handsfree business models, self-driving enterprises, autonomous products, and no-friction user experiences – so many cases in fact, that I’ll dedicate a series to it in the months to come, hoping to inspire and mobilize you every now and then – and maybe laying the groundwork for a more elaborate book. I’m very open to hearing your own suggestions and experience, for that matter.

Next up in the Cowpath Chronicles: how no physics were harmed in predicting the weather. Stay tuned! 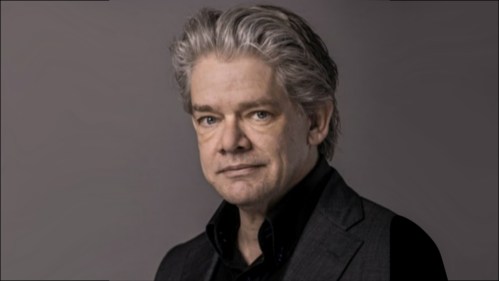 Expert in Artificial Intelligence (AI) and TechnoVision, Insights and Data, IT Strategy Transformation

I absorb technology and business trends, then filter out what matters for impact. I guide our global clients in understanding and embracing breakthrough technologies such as AI and autonomous systems to radically innovate and transform their business.
I am a certified master architect, IT strategist, publicist, speaker and executive lecturer at several universities.
I am also the lead author of Capgemini’s yearly TechnoVision trend series and a frequent co-author of Capgemini Research Institute publications.