In 2000, the UK government announced a standard for emergency access (that no patient should spend more than four hours in an emergency department, ED) as part of the NHS Plan. It was seen as an impossible goal when it was launched. The main motivation was the poor patient experience and increasing adverse publicity about elderly patients waiting on trolleys in corridors. At that stage, the evidence of patient harm from ED crowding was only just emerging. For the last 20 years, I have been involved in the implementation and modification of the “four-hour target.” I strongly believe that it has been a major contributor to improving care by creating a focus on emergency care flow that was not previously present. It does have its critics and even had its obituary prematurely written in 2010. Most of the critics cite the perverse actions that have resulted that may not be patient focused, but I suggest that these have emerged when the focus on flow have changed to an over-focus on the target and away from patient-centredness. Time is easily measured and can be measured live, so it has continued to be the predominant measure.

In the last 20 years, the emergency care system has undergone many changes. The role of emergency medicine has expanded to undertake far more “rule out” strategies allowing same-day discharge. Same Day Emergency Care is well established, streaming direct to specialties for appropriate patients is increasing. There is also evidence of case mix change and that the threshold for admission has increased over this time. Digitalization and technology have supported these changes e.g. point of care, imaging (PACS), electronic results and requests,  digital and data maturity has improved that could allow the multiple measures required to understand a complex adaptive system.

But these changes mean that the four-hour measure may no longer be the most appropriate measure. In 2010, I led work to introduce a series of national clinical quality indicators (CQIs), with the aim of reducing the perverse target-based actions and to reflect the more complex system. These partly failed because of a view by some key individuals that a single measure was easier to understand and to performance manage. This broke a key rule of resilient systems – don’t oversimplify. In some localities, individual performance measures were seen as competing rather than complimentary, e.g. decisions as to the priority of the total time spent in ED versus the ambulance handover time. The CQIs were also very labor intensive to measure in the information systems of the time, and the planned expansion to include all emergency assessment areas never occurred. Subsequently, they were built into the emergency care data set but this data is only available for those emergencies going through ED.

New standards are about to be announced. But will they take advantage of the technologies now available?

Patient experience has always been an important measure and yet we measure it nationally in an annual survey; a few departments measure more frequently but not at the scale that digital enables. We are all used to completing surveys after online purchases. Why can’t the NHS routinely ask us our view after every emergency care episode?

We know that happy staff give better care, but again we only undertake a survey once a year of a small sample of staff. A simple end of shift or weekly survey could provide an earlier warning of difficulties but could also be a great source of improvement ideas. Safe staffing levels are a major determinant of staff wellbeing and are linked to clinical outcomes. Smart rostering should allow matching capacity against true predicted demand (i.e accounting for case mix not just attendance numbers) and retrospective reports should determine the accuracy of this prediction, so we can truly say whether we have the appropriate number and type of staff for any shift. The latest GIRFT data is giving a better picture of acuity and therefore supporting calculations of true demand.

We should be designing information systems so they are undertaking audit live. Measuring outcome in the ED is complex and so we have used proxy measures such as reattendance. Over time, care bundles have been developed and monitored but measuring bundle compliance is complex without a good digital infrastructure. In an advanced digital system, when a diagnosis is entered, the system should check that the appropriate care bundle has been completed and give instant feedback. Such systems have been developed in other specialties.  If implemented correctly this could also enhance learning by introducing micro-learning opportunities with each case.  Effective live data linkage could allow more effective measurement of clinical quality, by allowing true quality measures, i.e. outcome, rather than proxy process measures. Instead of the raw reattendance rate, we should aim to understand how many people return because of complications, clinical errors or because of good safety netting.

We should move away from considering individual patient episodes and look at the global picture. Did we resolve the issue successfully at the first visit? What was the true outcome? What was subsequent resource utilization? For this, we need a record that is integrated across the whole system and we need analysis by individual not by activity. This type of analysis can then inform appropriate system design around relevant patient cohorts rather than around traditional specialty-based structures.

The present system and measures still have a performance management paradigm. The next phase is to move to a proactive resilience paradigm, facilitated by the more detailed data now within the emergency care data set. In that world, the critical question is no longer how well did we do but will we cope and deliver good care for the predicted emergency care workload  and what reserve do we have for the unexpected.

Digital systems could deliver most of this, but there is a need to look at infrastructure and culture as much as applications. The culture needs to accept mobile first, in the cubicle, with the patient and supporting the decision making. The infrastructure needs to provide quick responsive services that save time over analog solutions.

The introduction of the emergency access standard in 2000 was an important driver to improve IT systems to allow time measurement and observe flow live. Will the new standards be a similar catalyst for improving digital resources to help improve other aspects of quality, including patient and staff experience, patient safety, and outcome? Digital systems could enable this.

I will be sharing more such insightful topics on digital healthcare in my upcoming blogs. Meanwhile, do reach out to me for more information or feel free to share your views on this!

Professor Matthew Cooke is chief clinical officer at Capgemini UK. He was previously the National Clinical director for Urgent and Emergency Care in England. 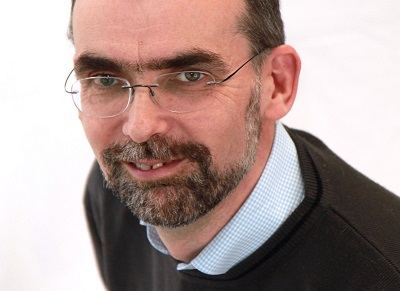 Working at CapgeminUK to develop digitally enhanced healthcare supporting more care in less intensive environments, improved initial clinical assessment systems and improved patient flow through health and social care system.
My background is as an emergency physician who has also been the National Clinical Director for emergency care in the NHS England and is a Professor of clinical systems design.
I am bringing expertise from a clinician perspective to our healthcare projects, as well as an in depth understanding of health policy and how the NHS works.