Imagine it’s 1960. You’ve just invented the first CPR mannequin and you’re in a room full of serious-looking men wearing pencil ties, smoking cigarettes, and thinking about cocktail hour. “What I want you to do,” you say, “is get down on your knees next to this life-sized plastic doll, put your lips on its lips, and blow in a rhythmic fashion.” Innovation can be a hard sell.

The man making that hard sell was Asmund Laerdal, a successful Norwegian toy manufacturer on a mission to teach the world the CPR techniques developed by Peter Safar and James Elam in the 1950s. Laerdal had become a success by creating appealing products. He knew he had to think just as carefully about the design of his CPR mannequin to overcome our reluctance to lock lips with a plastic human doll. What kind of face do you give a realistic facsimile of an unconscious person?

Laerdal remembered a face he had seen many times – a plaster cast hanging on the wall in his parents-in-law’s house. In the early years of the 20th century this plaster cast was everywhere – an icon equivalent to Marilyn Monroe posters in student dorm rooms. Known as L’Inconnue, it was said to be the death mask of an unknown woman drowned in the Seine. Famed for it’s beauty and serenity, Laerdal had an artist replicate the face for his project and Resusci Anne, the world’s first CPR mannequin, was born.

Are you okay Annie?

Since 1960 Resusci Anne and her descendants have been used to train hundreds of millions of people.
In English-speaking countries, she was usually known as Rescue Annie, or CPR Annie. The first step in CPR is to check if the victim is conscious and responsive. For decades, trainees were taught to shake the mannequin’s shoulders and say: “Are you okay Annie?” You might recognize the phrase from a hit song by a formerly adored pop star. Check the full lyrics if you’re skeptical.

As Anne, or Annie, was becoming a cultural icon, she was also saving lives. Global figures are difficult to establish, but medical authorities frequently state that survival rates for cardiac arrest are many times greater if CPR is given immediately by a trained bystander. Millions of lives may have been saved thanks to Laerdal’s commitment to effective design.

Always looking for the next innovation, Laerdal began building sensors into their mannequins that gave feedback on the effectiveness of learners’ actions. In the digital age, this trend has accelerated. Today’s CPR mannequins capture IoT sensor readings for every movement, helping trainers give detailed feedback to trainees.

As in many other fields, there is a wealth of new value to be uncovered from combined sensor data. Recently Capgemini has been working with Laerdal to enhance the effectiveness of its mannequins by adding and integrating new data streams.

For example, existing sensor setups were not able to capture interactions between pairs of paramedics being trained in CPR. In the field, best practice is for paramedic partners to swap ventilation and chest compression roles every two minutes. Sensing and recording these actions external to the mannequin required adding additional audio and visual sensors (microphones and cameras).

Using our AI expertise to combine this additional data with data from the mannequin’s sensors takes training effectiveness to the next level. Annie now has eyes and ears, and is just as smart as the medics she’s training. 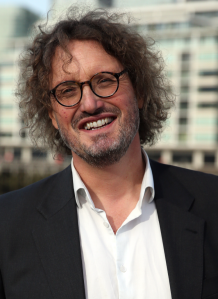 Capgemini Group is committed to be carbon neutral for its own operations and be a net zero...

Digital twins are not only able to transform the efficiency of current business processes,...