For the second article in our “My Positive Future” series, we speak to Barbara Schafarczyk, who shared her social media expertise with non-profit organizations in Germany during Social Academy Week. Here, she discusses the experience and explains how CSR is all about “doing.”

Barbara Schafarczyk is a service delivery manager for an automotive customer at Capgemini. Last October, she had the opportunity to get involved in the Social Academy week in Germany, during which she could share digital promotion skills with not-for-profit organizations.

“During the pandemic, I became interested in the power of LinkedIn to promote your organization – and your own expertise – through written articles,” says Barbara. “In my opinion, women sometimes need an extra boost of confidence to do this.”

After Barbara conducted a webinar on the subject within Capgemini, she was invited to lead a session for the Social Academy week, held last October. 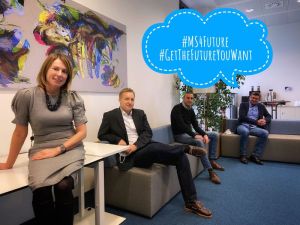 The annual event is organized by tech companies based in Berlin and Munich and takes place over the course of a week. Participating businesses conduct online seminars and workshops with the aim of empowering and upskilling non-profit organizations on a pro bono basis.

Barbara was astonished when she found out her class was the second-most subscribed. “I was completely shocked,” she says. “The organizers told me 100 people had signed up. It turned out the number was actually 250.”

Barbara conducted the talk in German, which is not her first language. “I was concerned people would notice my mistakes,” she says. “But once I started, I realized that didn’t matter. They were simply interested in what they could learn.”

The fact the session was online rather than face to face also proved to be no obstacle. “I was blown away by the energy and enthusiasm I could feel from the participants,” says Barbara. “It was something I didn’t expect from a virtual workshop.” 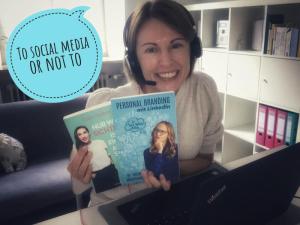 For not-for-profit organizations, understanding how to maximize the value from LinkedIn and social media can be crucial. “It can become a reliable source of donations, further pro bono work, as well as future collaborations,” explains Barbara.

“I was also really honest about the need to self-publicize because non-profit organizations need clear and candid advice. I emphasized that if I hadn’t heard of their organization, none of my colleagues had either.”

For Barbara, the main benefit of participating in pro bono work is the satisfaction of helping others to create the future they want.

“People ask why I spend extra time working on these projects,” she says, “I tell them that, rather than being a burden, it’s a fantastic way to deal with stress. After you see not-for-profit organizations take your suggestions seriously and start to use social media more effectively, you get a great sense of reward.” 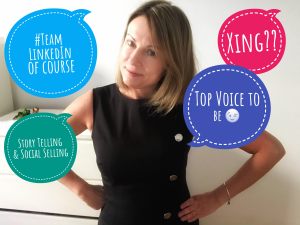 Barbara also supports some of her colleagues in the CSR team on a project to help schools in Germany learn how to use Microsoft Teams as a teaching resource. This has meant literally “going back to school” because the training, which is being expanded, takes place on site, with appropriate measures in place.

“Schools have struggled during the pandemic, so we’re supporting them by training teachers to get the most out of Teams, alongside some of our partners from Microsoft,” she says.

Barbara feels that doing CSR is like becoming Robin Hood. “You’re not taking away anything, but you’re enriching people’s lives. And you do feel heroic once you get involved because, honestly, you can find yourself changing someone’s life for the better.”

A passion for inclusion

Supporting a tech school for refugees in Germany

A passion for inclusion