Nowadays, countless car companies have been getting involved in autonomous driving. But if we take a step back, autonomous driving technology appeared in history as early as 1961, with the Stanford Cart prototype. As time goes by, there were only sporadic discussions on autonomous driving. Even the massive investments only started in the 2000s’ – so what was the tipping point? I think the answer is the internet.

The internet facilitated the world-wide spread of information, which accelerated innovation and ultimately had a great impact on peoples’ lives. For instance, old-school self-driving cars such as NavLab 5 or Sandstorm used a camera and simple sensors. Now we not only have more advanced sensors, powerful satellite GPS systems but also deeper artificial intelligence and machine learning technologies. The internet facilitated the enablement of these innovations, opportunities rose, and many companies now seem confident in developing self-driving vehicles.

Consumers often don’t care about what line of code is enabling the features they use in their high-tech products. What they care about the most is how technology is going to improve their lives. So, what can autonomous driving bring to us? In my opinion, the best use case for autonomous driving would be for new forms of shared transportation services. It can create more demand for the existing consumption system and may even trigger a radical change in traditional car companies. However, even if everyone can list the many benefits brought by autonomous driving, it seems like people still can’t truly accept the emergence of this new technology. The essential reason for this phenomenon is the natural distrust of emerging technologies and the fear of losing control.

A recent survey from a Capgemini Research Institute report shows that consumers’ negative sentiments about self-driving cars are still prevalent – when asked about the different emotions invoked by self-driving cars, 48% of respondents mentioned fear and 43% loss of control and/or helplessness. Many people have been on airplanes, but it’s interesting to note that even though existing airplanes are actually flying on autopilot most of the time, people still need a captain on board. This is not because the captain has to manually control the moment of ascent and fall, but people tend to trust the familiar.

Similarly, even though existing autonomous driving technologies have undergone several upgrades, they still face significant security challenges. According to the previously mentioned Capgemini Research Institute report, more than seven out of 10 consumers see vehicle safety and security as key barriers to adoption. For instance, there’s still a strong feeling that autonomous vehicles require a special environment to be fully reliable. Just like when people doubt that electric vehicle batteries can keep working in cold weather. If there’s a risk of self-driving cars completely losing network signals, or to lose it in a way that would make it’s reading of the environment inaccurate, then people would very likely keep avoiding it. Any small construction work on a road or a neighborhood block would feel hazardous, and people would hardly risk exposition to a not-under-control accident. On top of this, there is still an unaddressed legal uncertainty associated with autonomous vehicle decision making. Even if carmakers are working intensively on mitigating the risks, it is adding to the pile of challenges that self-driving cars have to face before being widely accepted.

Therefore, I think the main challenge for autonomous driving is not only technological innovation but how to build customers’ trust and improve user experience. If companies only bet on tech and don’t take consumers’ perceptions seriously enough, a self-driving car will hardly become popular in the short term. 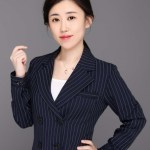