In our previous blog of the series, we discussed how the manufacturing industry in China is overcoming the barriers to restart production post the lock down and why the long term outlook is towards building more resilient supply chains. In this blog article we look at the ways quick service restaurants are accelerating expansion in digitalization to adapt to post lock down digital trends to sustain customer loyalty.

For QSR chains in China, the difficulties started at the end of January with the implementation of city lock downs. In the ensuing months, similar lock downs have been experienced across the world. Some restaurants have closed altogether, while others have remained open, but purely to take orders for pick-up or home delivery.

As China’s lock down has lifted, what insights can the country’s quick service restaurants (QSR) chains offer to global counterparts on the path to recovery?

Taken by surprise at the end of January, QSR chains in China had only a few days to reinvent their business model in order to survive. For example:

Restaurants that remained open were forced to adapt their operations in line with a government mandate to limit their opening hours according to local policy, for example, from 10am to 4pm. They were also forced to provide touchless takeaway and delivery services, as all dine-in spaces were closed.

Managing customer experiences during the lockdown

Customers in China were quick to adapt their consumption habits during the lockdown by switching to mobile ordering and home delivery. For Starbucks, 80%2 of orders were made on a smart phone during the lockdown, of which 30% were delivered to the customer, and 50% collected as a takeaway. For KFC, 84% of orders were from digital channels, including smart phone, deliver platforms, and kiosk with mobile payment, in first quarter of 2020, an increase of 29% compared to same period last year.

Although no longer eating in restaurant premises, customers ordering takeaway and delivery services still had high expectations of food hygiene and safety. This benefited leading global chains like KFC, recognized in China for their high standards of operating procedures and hygiene protocols.

Restaurants placed hygiene and safety at the center of their service protocols, even in the absence of customers:

Digital has been a core component of Quick Service Restaurants in China since 2015. Indeed, KFC and Dicos developed their own apps, partnering with large food delivery platforms, such as Eleme and Meituan, to secure delivery. They also developed their own WeChat mini programs to generate traffic.

However, the lockdown accelerated adoption of these existing digital models as QSRs ramped up digital commerce with new services and functionality. This strengthened their take-away capacity beyond the touchless services described above. For example:

Coming out of the crisis

As China gradually came out of the lockdown towards the end of March, people started to return to work and restaurants began reopening for dining.

For restaurant chains in China, the pandemic accelerated customers’ education and broadened adoption of digital channels.

Originally, mini programs and apps were mostly used by young customers. During the crisis period, more middle-aged and senior people joined online platforms. Consumers adopted digital habits that they would not have learned otherwise, and many purchase behaviors have remained after the pandemic.

New utilizations of digital ordering are now becoming a standard. Before the lockdown, most restaurant chains had developed a self-ordering functionality designed to make service more efficient, whereby:

This practice is now not only seen as more efficient, but also more secure because it limits the interaction with the restaurant staff. It has become so widely adopted that, in some chains, waiters are surprised when customers ask for a (paper) menu and expect them to take their order.

Driving traffic back to store

As they strengthened their digital presence, restaurant chains in China also kept in mind that, as well as selling food, they provided a differentiated in-store experience as part of their revenue model. So, the acceleration of digital commerce also offered them a way to attract customers back to their stores when confinement was over. They promptly engaged in actions to leverage the new digital customers they had acquired during the lockdown, and to activate old loyalty program members to push them to visit the newly reopened restaurants. For example, the valuable data obtained on the new users’ preferences enabled them to directly engage and start targeted marketing operations

As an example, KFC is widely using digital marketing campaigns. On April 14, known as KFC’s Member Day, the company offered 50% off for Fried Chicken basket purchases for members and for takeaway orders. This campaign not only drove traffic from online to offline but was also very efficient in generating a social media buzz.

Like QSRs in China, others around the world might also see an accelerated expansion in digitalization as a result of enforced consumer habit changes during the lockdown. How QSRs rejuvenate their pre-crisis customer engagement and loyalty platforms, while adapting to the post-crisis hyper-digital normal, will define their success in the coming months and years. 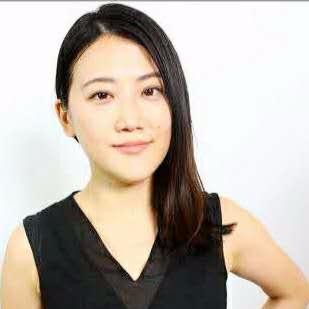 The COVID-19 pandemic has had a devastating impact on global tourism, with the lockdown...