Gender parity is a statistical measure that provides a numerical value of female-to-male ratios for indicators such as income or education. In simple terms, it refers to the equality of people irrespective of their gender. U

We often hear that men and women are equal. There is no space in this world where women have not succeeded and are not on a par with men. However, different forms of differentiation between men and women still persist.

Most interestingly, it all starts with a preference for sons over daughters. The sex ratio takes this into account, both at the macro and the micro levels. In India, the child sex ratio[2] (919 girls per 1,000 boys – 2011 ) confirms the existence of female feticide due to this preference for sons.

If she is born, it is an attitude that will persist throughout the girl’s life. Gender laws are sparsely enforced, and the female population faces the brunt of different forms of injustice. Women are exposed to such treatment not only within the sacrosanct walls of their own house (which is the workplace for many home-bound women) but also outside it .

The manifold forms of discrimination against women in different contexts or situations  provide a better perspective on how gender parity is not enforced and must be brought to the attention of policy makers. Women experience disparity[i] in every walk of life – at home (as a daughter, a wife, a daughter-in-law), at the workplace, and at  schools and colleges.[3]

Is there one solution to the inequality problem?

Deciphering and untangling the situation of women in a multicultural and diverse country such as India is very complicated. The solution, like the problem, would vary from family to family; city to city; and region to region. The problems are almost always individual, and it would be unfair to generalize them. Uniform and generic solutions simply do not exist.

Gender equality in society is reflected in the workplace. There is a strong belief that economic independence may help improve womens’ social standing and position. This seems like an chicken-or-egg question, but the fact remains that gender parity, or lack thereof, is a concern – be it at workplace or at home. Both issues must be addressed simultaneously in order to eliminate inequality as a whole.

This blog briefly highlights certain forms of gender disparity at the workplace, particularly in the [ii]

In India, the sex ratio of the workforce itself is indicative of gender disparity at the workplace. In 2017, only 28.5 % of women were a part of the labor force).[4] Moreover, the percentage of women in the organized sector was even lower. According to the Economic Survey, in 2008 the organized public and private sectors employed only 5.5 million women and 22 million men.[iii][5]

The following findings also reinforce extreme discrepancy between men and women at the workplace globally. They indicate that India lags far behind in terms of gender parity at the workplace[6]:

The right to Equality should be a fundamental right of every citizen of India. However, the stark reality is very different. 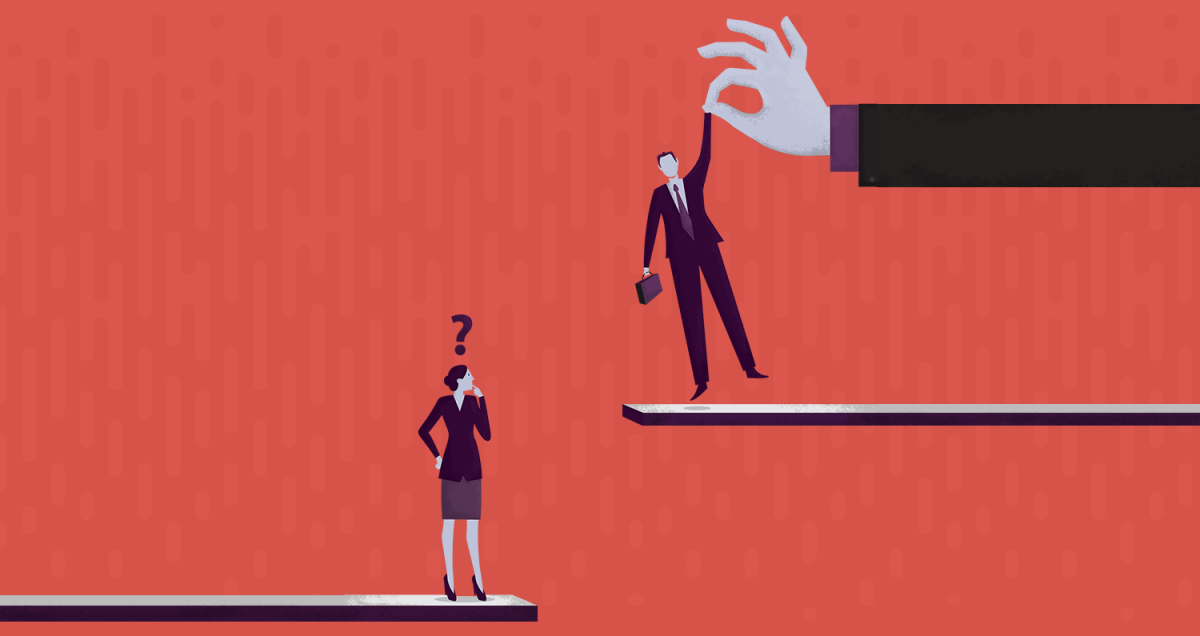 The need of the hour

Gender parity is the unfinished business of the twenty-first century so we must do our bit to bring parity into our homes and workplaces irrespective of our gender. Charity begins at home, let’s not discriminate between our co-workers on the basis of their gender; let’s not tell a woman she is weak because she is a female, the second sex. Let’s not tell men they are class apart only because they are men. Let’s give each one the chance to prove themselves without any bias or unfairness. If everyone does their bit, the workplace can be a better place to thrive and prove one’s worth irrespective of gender.

[1] This article is written in the context of India.
[2] In India, the child sex ratio is defined as the number of females per thousand males in the age group of 0–6 years.
[3] According to the MHRD, the drop-out rate of girls in primary education in 2013–14 was 4.53% versus 4.14% in boys.
[4]World Economic Forum, The Global Gender Gap Report 2017. 2017.
[5]Economic Survey 2010–2011. The Government of India. 2012.
[6] https://www.mckinsey.com/featured-insights/gender-equality/the-power-of-parity-advancing-womens-equality-in-india-2018
[7]Deloitte, Women in the Boardroom: A Global Perspective – Fifth Edition. 2017.
[8] https://www.mckinsey.com/featured-insights/gender-equality/the-power-of-parity-advancing-womens-equality-in-india-2018

[i] Gender disparity connotes how people feel and experience discrimination because of their gender.
[ii] The organized sector includes workers employed by the government, state-owned enterprises, and private sector enterprises

Rising to challenges – and challenging stereotypes

Stepping up takes confidence and curiosity. I have worked my way up from the first rung on...

Women in the workplace: The changing face of women in IT

Women face a variety of challenges in the workplace. Read this blog to learn how Capgemini...

Women in the workplace: The changing face of women in IT
Diversity

Why we still have to talk about diversity

A majority of organizations are embracing new strategies to improve gender diversity both in...

Why we still have to talk about diversity
Show all