So far in our blog series on the DSO model, we’ve talked about how the nature of the UK power industry is changing (blog 1) and about the challenges and solutions for the DSO role (blog 2). In this blog, we will take a look at how the electricity markets actors will look in the next 5–10 years and why a separated System Operator (SO) is beneficial.

When separation becomes a legal requirement, the DSOs will need to be ready to accept and implement it. Experience from continental Europe suggests that resistance to necessary change benefits no one. The Dutch energy companies have been obliged to separate their grid operations from energy production and supply as of 2011. The law came into effect in July 2008, but companies were given time to implement the separation. Two incumbent integrated energy companies opposed the law and took the case to the European Court of Justice. They ultimately lost and completed legal separation early in 2017. 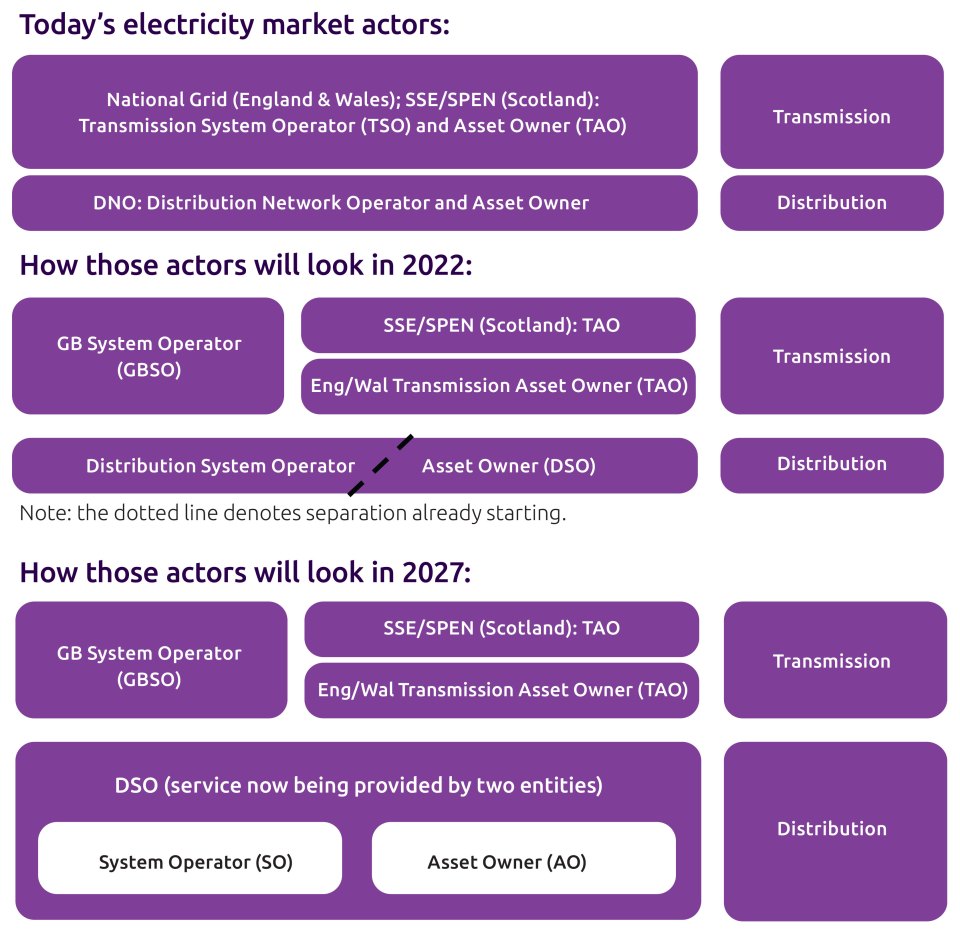 So if the separation of System Operator (SO) and Asset Owner (AO) is inevitable, what does the journey look like, and what timeline are we looking at? Some studies suggest that EVs will comprise the majority of new cars sold as early as 2027 and National Grid’s 2017 ‘Future Energy Scenarios’ report indicated that 34-40% of electricity generation will come from decentralised sources by 2025. This suggests that the technological tipping point for the new market model will be 2027 at the latest.

Separated SOs as market facilitators have the advantage of being able to consult the AO on distribution network changes, while remaining independent of network ownership to establish the trust of market participants. In such a model, the AO is likely to hold an advisory role, with a potential veto in some circumstances.

Proposed changes to the operating model that are being mooted for the DNO-DSO journey already represent a significant step forward in the way in which distribution is managed, but separation of AO-SO brings further benefits to the wider electricity system:

There is a view that natural monopolies cause higher costs and lower capabilities and a system that promotes non-discriminatory distribution network access will challenge such inefficiencies. However, a full cost-benefit analysis will be needed to prove that AO–SO separation is the correct approach due to the potential loss of economies of scale and the potential for double margins as more parties will exist in the new market model.

In the next blog, we will delve a little deeper into the objective of a separated SO and what this separation will actually look like. In the meanwhile, I would be happy to discuss the DSO model. Feel free to reach out to me via my profile or on social media.

Creating the energy experience of the future – today

Why the key to addressing larger industry challenges may lie in the day-to-day lives of your...

Creating the energy experience of the future – today
bpo