A typical scenario in software projects:

If done well, the programmer will also create unit tests to prove that the code is correct. The programmer is responsible for the correctness of the test itself. 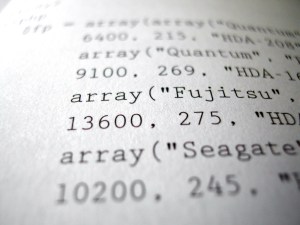 If the business analyst created the unit tests, there would be no misunderstanding about the business rules and the acceptance criteria. The programmer would ‘simply’ need to make the unit tests succeed and we would know that the code is correct.

The business analyst will use ‘natural language’ to describe features and criteria and Specflow will ensure that you will have a unit tests checking the code. Specflow uses the Gherkin language specification. For more information on Gherkin, go to the Gherkin reference page.

I’ve created an example of how this could work, using my favorite example app: Conway’s Game of Life. I could explain the rules, but you can find them on Wikipedia. Better sill, read the example from one of the Specflow feature files below.

These unit tests will become part of your regular unit tests library and can be run at each build of your software. Specflow will maintain the mapping from the scenarios in your feature file to the unit tests functions. Basically, each line in a scenario will be mapped to a unit test function. You can introduce variables in the mappings, so reuse of these mappings is much easier.

If you are a business analyst, go through the Gherkin language specification. It is really easy to learn and will help you to describe the functions you desire from the system consistently. If you are a programmer, especially if you are accustomed to writing unit tests, Specflow will come very naturally to you.

For me, Specflow is one of the great finds of the last two years and it really helps me to bridge a gap between analysts and programmers. Please contact me if you want to know more about how we use Specflow to create better solutions for our customers.

This blog post belongs to the series Future of CRM.

Although much has been said about our industry’s contribution to global CO2 emissions,...

FOUR STEPS TO ACHIEVING ENERGY TRANSFORMATION AFTER COP26
Show all