Capgemini was the Top GSI sponsor for Talend’s premier marketing and customer event, Talend Connect. Held at the New York Marriott by the Brooklyn Bridge, the event attracted more than 600 participants consisting of customers, prospects, and other technology vendors. The event more than doubled its size from last year and there were plenty of opportunities for Capgemini to network and further develop its Talend client base. Talend announced serverless along with data streaming capabilities at the keynote on day one. They are leading in the big data space with their cloud first, container first, and serverless strategy, which aligns directly with Capgemini I&D’s cloud first, DevOps first, and serverless first approach to our data transformation projects. These enhancements to their technology are critical to keep their market position and solidifies continuation of our strategic partnership with them.

Among the top highlights of the event was a customer facing presentation given by our very own Goutham Belliappa, VP and Leader of the Cognitive, AI, and Big Data practice. Calling it “Big Data Therapy”, Goutham delivered an interactive, therapeutic session with a focus on discussing key areas of AI & big data project failures – a topic that nobody else wants to talk about.

He focused on the 3 biggest reasons big data projects fail:

If your business sponsor is disengaged, or even completely missing, your big data project will simply not succeed. It’s easy to say “Someone has to do it and it’s not going to be me.” That type of thinking points to a weak culture, and culture alone is the biggest reason digital transformation projects fail. 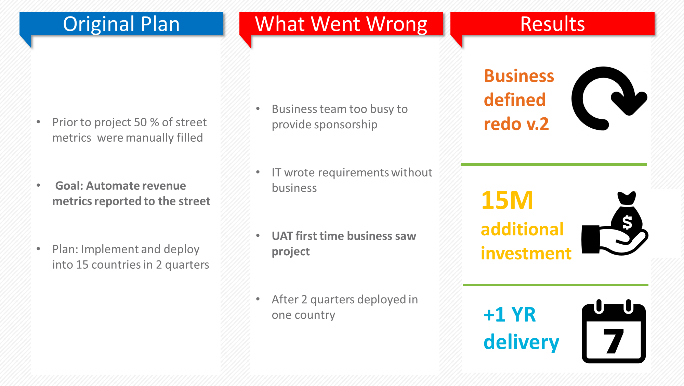 Goutham illustrated the failure through a recent example that resonated with many in the audience.  Lack of early in business engagement that was allegedly solved by “IT leadership taking ownership of requirements”. The plan to deliver to IT engineered didn’t come to pass through a failed go-live, adding another 200% in time and 200% in budget. This was a key example of how complacency for velocity can result in significant setbacks.

We have found that big data projects are, on average, 50% over budget. What does that tell us?

“IT without the business can be a money pit” Dr. Somebody – Capgemini AI Engineering practice

Goutham illustrated an example where the IT VP, eager to deliver an MVP didn’t request adequate budget in line with the CEO’s commitment to the street. This resulted in delivering a pilot that while great in concept was totally disjointed from the vision to the street. This resulted in lack of adoption requiring rapid scaling pushing out delivery by another 18 months and another $10M to get the project to the customers and providing value. 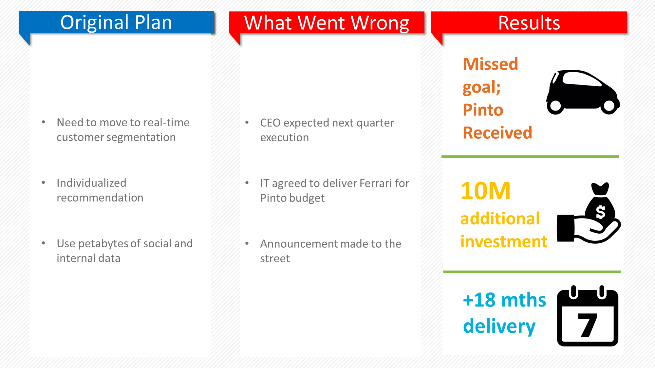 Last but not least, make sure that you as a business leader understand the technology landscape. 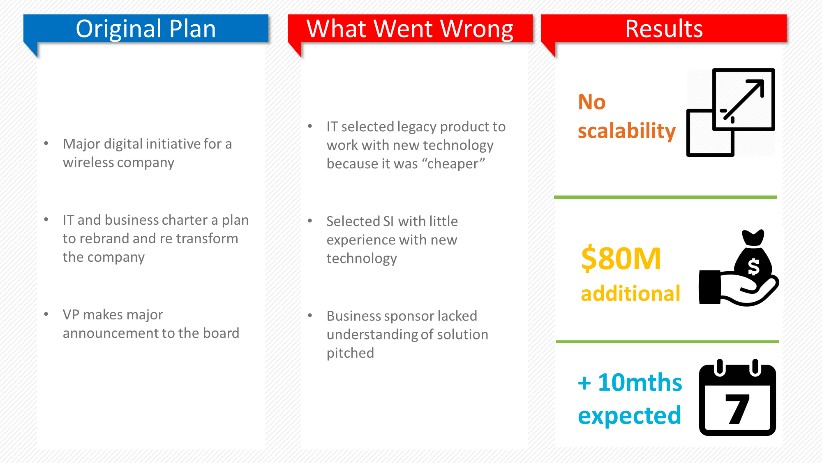 Goutham illustrated an example where the client decided to go with a legacy technology player as it reduced the risk to IT and was cheaper for IT by 50%. The business in their naivete around technology agreed with IT’s recommendation for incremental changes to their legacy technology. What the leaders failed to consider was that the IT spend was about 20% of the entire transformation budget. When the first pilot was lit up, there was significant push back from the end users in sales and marketing and the call centers because IT had spent considerable capital but had compromised on key usability and flexibility elements that failed the adoption test. Capgemini came in helped the company and the incumbent re-plan taking the bigger picture customer experience, usability and experience in mind. The pivot costed the company an additional $20M in IT spend and another $80M overall to deliver the expected results. The lesson for the client was that the forest is just as important as the individual trees. Ignoring the overall TCO to optimize for one component can result in system failure just as ignoring key components can result in system failure.

Outside of this interactive presentation with great audience engagement, our presence at Talend Connect afforded us the opportunity to meet privately with Talend’s CEO, Mike Tuchen, Talend’s Chief Product Officer, Ciaran Dynes, and their Global Sales Leader, Brad Stratton. In addition to the excellent executive connections, we were able to host a few strategic customers onsite: Penske, TE Connectivity, Royal Caribbean, J&J, and McDonalds. Capgemini already has over 300 trained Talend resources globally and we are expanding the practice to meet a quickly growing demand from these clients and others. Furthermore, the near-term benefits from this event, coupled with the momentum of winning 2017 Partner of the Year, we are on track to rapidly capitalize on the sponsorship investment. 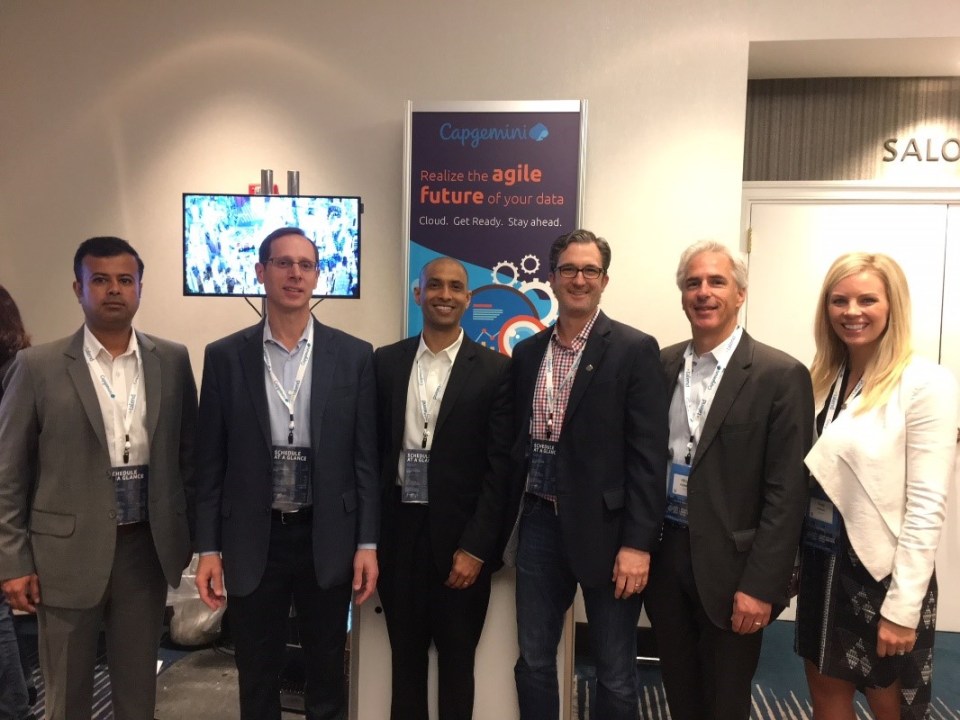 This was a successful event for Capgemini because of the following people:

Contact Us to learn how Capgemini and Talend can team up for your AI + big data needs.

Beyond the AIOps hype: Part 1

AIOps (AI-enabled IT operations) offers unprecedented opportunities to get to grips with even...

Beyond the AIOps hype: Part 1
Show all