Influence turns into trust over time, and trust is key when persuading or selling. You only have to read Robert Greene’s bestselling book “The 48 Laws of Power” to understand the fundamental role influence has played throughout history and modern-day business.

It’s been quoted by entrepreneurial big shots like Jay-Z, Kanye West and Calvin Harris who make pretty sums, marketing their music, products and lifestyles. Celebrities have artfully honed the power of influence-lead marketing to sell themselves and products, from headphones to teeth whitening. The Kardashians have mastered the art of influencer selling. So much so, you don’t often realise you’re being sold to!

How the Kardashians accelerated global consumerism through brand partnerships 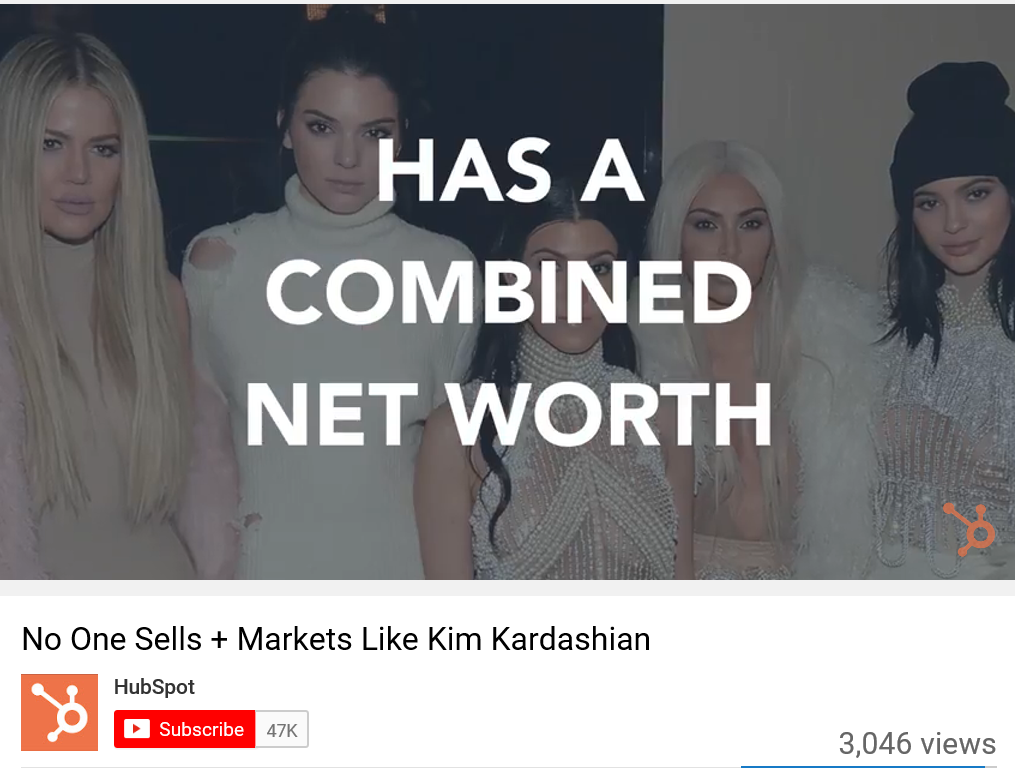 So, whilst consumer product brands are scrambling to capitalise on influencer marketing partnerships with celebrities, bloggers or experts to drive sales and brand engagement strategies, (recently explored in another blog; ‘The Buzz about Influencer Marketing’, by Tanya Anand), I’m focused on understanding how this works in financial services.

It’s not all about consumer products and retail. What about financial services?

The banking world can take some valuable learnings in adopting a more “retail-focused” customer experience.

In fact, the likes of Monzo, Nationwide, and Wealthify – a digital wealth management platform – have embraced this style of marketing to improve brand love, loyalty, and revenue. Meanwhile, others are having to seriously re-think how they fit into the “new world” digital landscape that consumers are now dictating to avoid losing market share and cut through.

Take FinTech solutions Monzo and Wealthify as examples. Both have taken an influencer-led approach and made it customer-centric to drive acquisition and engagement. These brands have harnessed the power of personalisation and peer-to-peer recommendations that attribute to high levels of trust and influence, vs a one-message-to-many broadcasting approach, which many traditional banks still use today.

Monzo’s customer base has grown in size and the brand has become popular very quickly. They’ve gathered a loyal following of new world customers. By using a peer-to-peer recommendation scheme that includes a golden ticket which existing customers can send to friends, allowing them to queue jump others in getting an account, Monzo has built a banking solution based on the influence of peers.

The allure of the “if you know someone, then you’re in” mentality makes people feel like they’re in an exclusive financial community – almost like a private members’ club. Not forgetting the setup is mobile first and very quick. Say goodbye to uploading identity documents or waiting in a branch. I’m sold! 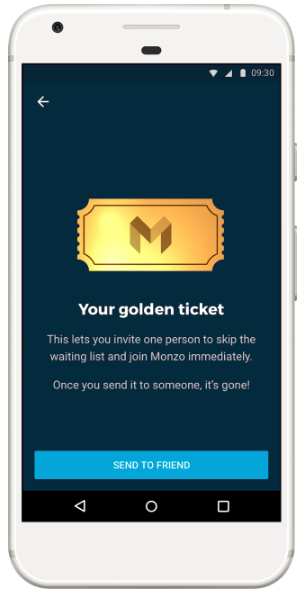 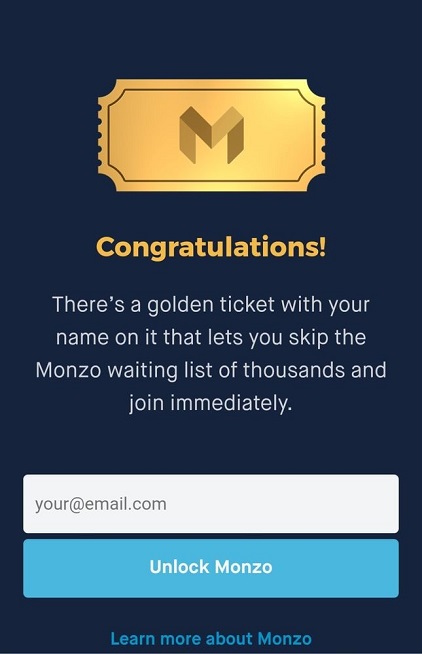 Wealthify takes on the concept of personalisation driven by the consumer. As well as housing a number of SEO rich guidance articles and reviews, the App allows investors to follow each other and experts based on their investing profile.

This is done through the in-app “Circles” functionality where investors can invite friends or family to join their “circle” in return for lower fees. The group discount effect.  The app uses an algorithm that adjusts your activity timeline based on who you follow and your habits.  The influencers here are industry experts and peers.

A whistle-stop tour of the Wealthify App 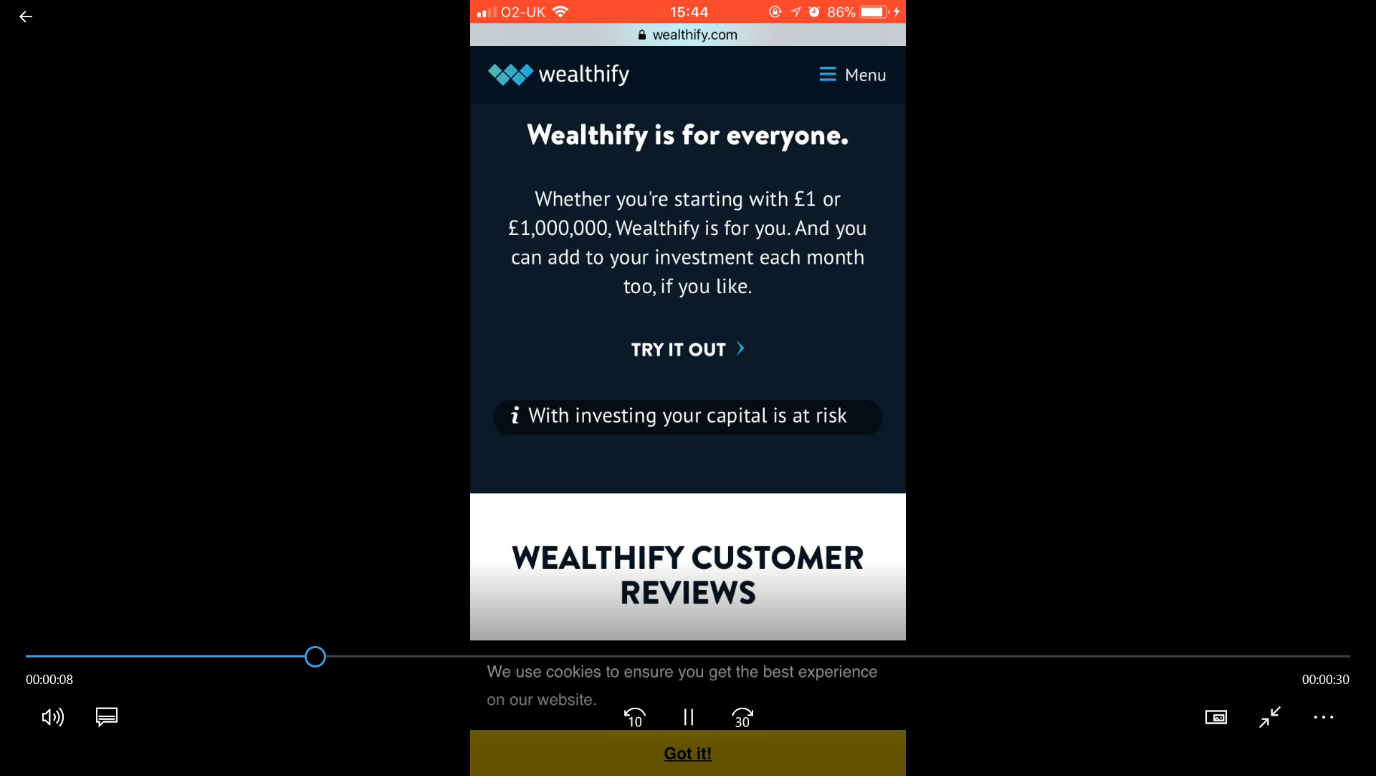 At the more traditional end of the spectrum is Nationwide’s long-arch “Voices” television campaign. It features numerous local poets who take key life-moments (inspired by the brand’s roots in supporting the working class owns their own homes in the 80s) as a theme and what financial needs are attributed those moments, then convey this through a heartfelt narrative.

I met a few of the poets commissioned to progress the campaign through 2018 at this year’s Ideal Home Show. There was a long line of people queuing at the Nationwide stall just for their own bespoke poem, not to open a bank account.

Nationwide’s Chief Marketing Officer Sarah Bennison released a statement this March saying: “Social Media has provided a great instant barometer of reaction – good and bad. The huge amount of likes and shares have been great. But then there are others who have chosen to post the most vile, abusive and misogynistic comments about the duo. It’s not just our Flo & Joan adverts that generate these comments, it is also our adverts that feature people of different colours, backgrounds and perceived sexuality, which attract the most criticism”

Whether you find the campaign creatively innovative or missing the mark, it’s a prime example of how a building society has used customer data to drive insights combined with an alternative creative approach to selling its products. However, along the way, have experienced the risk and downside that comes with leveraging influencers through live digital channels that cannot be controlled by the building society.

All of the above examples highlight the shift in financial customer behaviour in the digital first world. It shows that the penny has dropped for some traditional banks, who are paving the way for others to catch up and shift from product-centric to truly customer-centric models.

Consumers expect much more from brands, banks and institutions. They drive the experience now. This means the approach to influencer or influence-lead marketing needs to be thoroughly thought through and expertly executed.

It can all go easily wrong – especially in the world of banking where there are already huge trust obstacles to overcome. Consumers won’t hold back in taking to social media to share and express their opinions.  So far, Fintechs and digital first players are demonstrating that they’re not afraid to lead the way with this type of marketing strategy and are giving the more traditional institutions a run for their money.

The policies defined by the financial institutions are the first step towards a better and...

The essence of leadership, now, is to foster more leaders in the organization by encouraging...

Agents, Brokers, and Carriers: COVID-19 as an Accelerator of the Pivot to Digital for Life Insurance

Digital tools, digital products, and the replacement of legacy processes and systems will be...

Agents, Brokers, and Carriers: COVID-19 as an Accelerator of the Pivot to Digital for Life Insurance
Show all