For the UK, this International Women’s Day is an interesting one. On the one hand, the recent centenary of women winning the vote shows us how far we have come. On the other, society is still reeling from the political shockwaves of the #MeToo and Time’s Up movements, with sexual harassment allegations now surfacing across the sciences, the property industry, the UN and even the third sector.

Consequently, gender has arguably never been as topical as it is today. With consumers putting increasing pressure on brands to respond to these social and political issues, we ask how brands are should negotiate this potential minefield?

In response, we look at how they have tackled gender politics in that most public of forums – customer experience – including some winners, some losers and some that completely missed the mark. 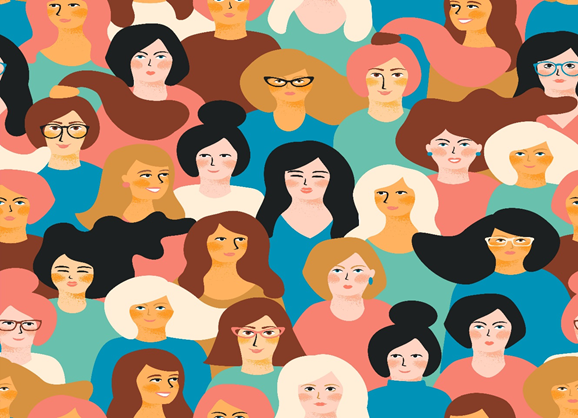 One approach is to target subtle behavioural and psychological nuances between men and women, such as the latter’s bias towards using referrals, recommendations, social media and discounts in their decision-making.

The automotive sector, with a reputation for alienating women, is now orienting new models and their end-to-end customer experience around female-led considerations such as safety and style. UBS is retraining its wealth management staff to address women (and the growing proportion of private wealth they represent) by placing ‘greater focus on their aspirations as opposed to pure investment outcomes’, such as family and legacy.

Other examples include female-first UX design guidelines, banks using an exclusively female ‘voice of the customer’, and retailers redesigning their stores to cultivate a more ‘emotional connection’ with their female customers. Although this approach can be helpful and encourage more diverse points of view, it also has a tendency to stray into stereotyping: it’s worth noting that when your segments represent two halves of a population, there will always be greater diversity within your segments than between them.

Another way brands choose to tackle gender politics is by rebranding ‘masculine’ products as feminine. Diageo has rebranded Johnnie Walker as ‘Jane’ to celebrate Women’s History Month, accompanied by charitable donations to encourage more women into politics (with the unfortunate footnote that the campaign was originally designed to accompany Hilary Clinton’s inauguration).

On the flipside, Home Depot’s misguided rebranding of the garden ‘man’ shed into a ‘she shed’, accompanied by some interesting in-store theatre, was met with ridicule and dismay by some. PepsiCo recently caused controversy by proposing to introduce a cleaner, quieter brand of Doritos for the discerning female consumer, an act described as ‘a classic example of presenting women as the problem, [to which] their product has found the solution’.

Even Brewdog’s satirical ‘Pink IPA’, launched especially for International Women’s Day (and ‘because women only like pink and glitter’), has fallen flat by stepping too close to the ‘lazy’ stereotypical marketing it tried to mock. The lesson: tread carefully when reclaiming masculine territory in the name of women, starting by recognising that you are speaking to more than one woman.

In the case of Brewdog, critics have suggested they could have gone a step further than donating to relevant causes such as the Women’s Engineering Society by involving female engineers and shareholders to help build ‘a much stronger campaign’.”

Another solution to redressing the power balance is to confront it head on through female empowerment – cue the ‘femvertising’ bandwagon of 2015 and a range of highly successful advertising campaigns (#LikeAGirl from Always, This Girl Can from Sport England).

Nike not only referenced female empowerment in its marketing but as a core element of its brand identity, famously not only touching on gender but also ethnicity and religion through an advert targeted at women in the Middle East.

Some brands take this to the extreme, believing the only way to truly empower women is to put them in charge.  For example, Bumble has turned the entire dating app industry on its head to give women more control, and is now ‘shaking up outdated gender norms’ across a range of sectors.

Whilst there were successes, ‘femvertising’ also came with its turkeys. Dove, once synonymous with female empowerment, has suffered a series of setbacks from body-shaped bottles to mistakenly transforming black women into white women. They have shown how easy it is to lose hard-won trust with something so politically-charged, and how sensitively gender intersects with other kinds of diversity in society.

What next for gendered customer experience?

Increasing recognition of gender-based issues has had a substantial impact on the way that brands engage and interact with their customers – from subtle messaging to the whole customer experience.

Some brands have boldly removed gender from the equation completely through embracing gender neutrality, particularly in fashion: Selfridges has created space for a unisex clothing range in its Oxford Street store, and John Lewis recently launched its first genderless childrenswear range. Both product and service propositions are changing in response – agender design trends are coming into play, with AI genderless bots being labelled ‘the wave of the future’.

The fact brands are being held to greater accountability for their social and political views means they are likely to continue the #PressforProgress on diversity and inclusivity, not just taking gender into account but ethnicity and religion as well. This means they will need to tread a fine line between resonating on a personal level and ensuring their approach is inclusive to all.

In achieving this, we are likely to see some more bold manifestations of gendered (and genderless) customer experience – and many more mishaps. The true winners will be those that interpret their research carefully, test and test again, look beyond women and men as single segments, and venture away from tokenism with just the right level of bravery, originality and authenticity.

Driving interest in the pandemic’s impact on the automotive industry

Adopt the future of eCommerce

What will the future purpose of your retail brand be and what are the services, experiences...