The thing with statistics, especially those that cover several years, is that the data on which they are based must be the same for every year that being compared. When there is a significant change in the numbers, I find it important to have absolute and not relative numbers, especially if those numbers relate to budgets for people working in the testing profession.

In this edition of the WQR, one particular statistic worries me. This is the statistic on budgets allocated to HR, as you can see in the graph below.

When this statistic is considered together with the one showing a drop from 31% to 26% (the same percentage as in 2014) in total budget allocated for testing, not only does this mean that less money is being spent on testing, but that of this smaller amount, much less is being allocated to human resources.

The report itself states: “It’s reassuring to see that budgets for quality assurance and testing continue to benefit from improved efficiency. The proportion of total IT spending on quality is 26%, down from 31% in 2015. This is a sign that spending is falling back to the reasonable level of 25%, one that marks a good balance between feature creation and feature validation activities.”

Am I reassured by this? Not really. I’m also not reassured by the accompanying explanation that it is more difficult to measure budgets with the introduction of Agile and DevOps because it is harder to account for all test activities.

What does the WQR say about decreasing HR budgets? It states that: “While demand for colocation and a shift to Agile and DevOps have increased costs, the proportion of budget spent on human resources has fallen from 31% last year to 21% this year. The QA and test function is generally in control of costs despite upward pressures from the move to insource or move work back onshore. This is a remarkable achievement.”

I find it alarming that less money is available for HR in quality and testing. IT has more impact on our daily lives every day. Risks are becoming higher. Risks related to security and safety, and risks on outage and the impact it has not only on businesses but also on society itself.

I am far from reassured that falling budgets are due to “efficiency” or “excellent cost control.” Sure, testing will change in the future and lower-level testing, like unit testing, will decrease because of developments like machine learning—but that’s a concern of the future, not something that should lower HR budgets this year. 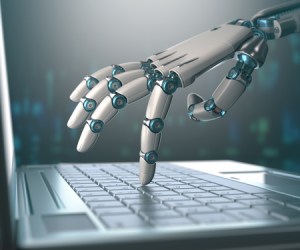 I also believe that the simpler testing activities will be—and increasingly already are— automated, implying not only greater efficiency and lower costs, but also the need for more people with test automation skills in addition to testing skills.
The way I see it, testing will become more important than ever in a world facing increasingly complex IT solutions. In my opinion, testing will not only be about the validation and verification of the IT system or software itself. It will be much broader than that. Testing will shift to other areas in which the impacts on the organization or society are validated. This also means that the human activities will be those that are more complex and require more knowledge That said, I think that testers need to be highly skilled (and already are) and need to keep their knowledge up-to-date. In my book, that doesn’t sit well with decreased HR budgets in quality and testing. So, in the next edition of the WQR, I’ll flip straight to the graphic on HR QA and testing budgets and hope that they are at least 10% higher again or at least that they correlate with the level of quality that is obtained regardless of reduced budgets.

Value for money goes both ways: you get what you pay for. So, if one keeps reducing the budgets on HR what does that mean for your quality assurance and testing? That not only worries me as tester, but also as member of society.

For over 12 years now, the WQR has been encapsulating the pulse of the QA community and its...

While it is great to set high expectations from the QA team, it is equally important to...