With the 2017 EU Open Data Maturity landscaping published this week, the Open Data topic comes once again to the fore. As the report Open Data Maturity in Europe 2017: Open Data for a European Data Economy highlights, significant progress has been made across Europe with regards to both the solidification of the Open Data policy foundation and the improvement of the degree of sophistication of the national Open Data portals. With an overall maturity of 73% and a steady growth rate of 14.5 percentage points per year from 2015 onwards, Europe has indisputably recognized the pivotal role that Open Data is playing in a country’s development. The impact of Open Data is enormous and it ranges from

As this year’s Open Data landscaping shows, harnessing this full potential is becoming a top priority for the national governments of the 28 Member States, as well as the EFTA countries (Iceland, Liechtenstein, Norway and Switzerland) and is being placed higher on the political agendas of the EU accession candidates. With the number of trendsetters in the European Union nearly doubling in 2017 (to now 14 countries vs only 8 in 2016) and the solid increase depicted on both measurement dimensions: Open Data Readiness (with increases from 47% in 2015 to 72% in 2017) and Portal Maturity (with an increase from 32% in 2015 to 76% in 2017), Europe is paving the way to achieving the vision of an European Data Economy and positioning itself as an data-driven innovation hub on the global market.

Nevertheless, despite the positive trends that these numbers reflect, the road ahead is still bumpy and the way forward to achieving these end goals needs to be fueled by three main elements. First, Open Data must be understood  as a cornerstone of a country’s digital transformation, in particular when it comes to modernization  public service delivery. One major challenge within the public sector is  increasing  demand for a highly effective, transparent, and digital public security approach. Law enforcement authorities in the European Union are hardly connected and need significant improvement beyond the organizational framework of EUROPOL and INTERPOL with a clear focus on the strength and challenges through the Schengen Cooperation. A solid strategy for ensuring sustainability in public safety, needs to be in place that positions Open Data as one fundamental approach towards enabling a better interaction between citizens and law enforcement authorities across Europe.  Therefore the authorities have to separate the sensitive data from the rest and anonymize the content. The committed goal is to inform the citizen with regard to an increasing security status within our society but at the same time to avoid that such data is misused for criminal purposes. This would indeed defy the very purpose of providing data to increase the level of information and hence trust and safety feelings amongst the population. In order to do so, the prerequisites for publishing and exchanging security and crime data need to be fulfilled. Open crime data can provide a significant benefit to the daily interaction of the society, for example on assessing secure living areas, predicting safe ways to schools and much more information to deliver a secure environment.

North Rhine-Westphalia, for example, as the only federate state in Germany, committed for example itself in 2014 to an open government strategy (Open.NRW Strategie) to implement the cornerstones of transparency, participation and cooperation. The citizen now can request detailed information around crime data and overall enable more informed opinions and decisions among the broader population. The open government community, especially the Open Data community, is asking for more openness, transparency, for more high-quality data and especially less bureaucracy and more interaction and exchange. All these expectations are just as salient for the public security field in order to ensure sustainability change. The benefits of having an Open Data driven transformation in the public security field outweighs the concerns. Open Crime Data can provide one of a kind insights and is important to act upon data driven policies. Managing these challenges there are some key actions to deal with:

Finally, the salience of showcasing and measuring Open Data impact needs to be recognized as main driver to raising awareness and rallying further support amongst all Open Data stakeholders. 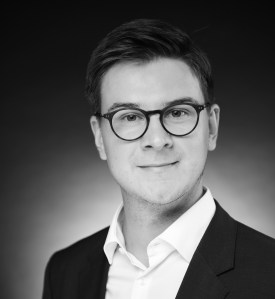 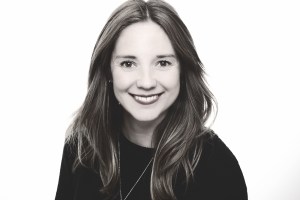 Test and Protect: my experience of working on Scotland’s contact tracing system
AI

To fulfill the potential of augmented government, it is essential to first master data,...