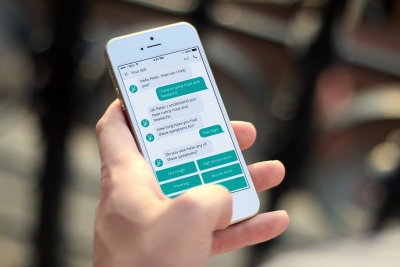 Retaining profitable existing clients is cheaper than attracting new clients in mature, mostly saturated B2C markets. The impressive amount of data already available to banks and insurers gives them opportunities to predict customer value, life expectancy, risk profile, and participate in cross- and up-selling. The use of Artificial Intelligence (AI) and bots to delve and exploit these data in both front and back office processes is no predicted hype anymore.

There’s a bot for that!

Capgemini’s Top 10 Trends in Insurance 2017 report notes as the first trend the use of automation and artificial intelligence in insurance. Robo-advisors have begun popping up in unexpected customer-facing front ends such as messaging network Facebook Messenger or Telegram that offered a set of APIs in 2015 to developers to create bots. Univé Verzekeringen in the Netherlands implemented a bot in its online B2C channels in November 2016. Nienke (Nationale-Nederlanden) and Fleur (InShared) are two other examples of chatbots formerly known as virtual agents deployed in Dutch insurers’ channels; some of these have been active since 2009! Robotic process automation (RPA) replaces repetitive manual back-office tasks. In 2016 RPA was the new kid on the block, and now it already is a kind of commodity among insurers around the globe.
In the Top 10 Trends in Banking 2017 report, Capgemini consultants perceive cognitive banking as a competitive advantage. “Customers are expecting a pleasurable service experience from their banks and addressing these expectations would require huge investments by banks in customer support in the absence of AI.” It’s not surprising that “AI and cognitive technologies are being applied in the banking industry mainly toward customer relationship management, identity authentication, anti-money laundering, compliance, risk control, and other operational aspects.”
In addition to insurers, several banks including Santander UK, Atom Bank, Swedbank, and Digibank now offer customer service through chatbots or voice assistants. RBS deployed AI to enable its staff to answer customer queries more efficiently. AI’s self-learning capabilities are being used in experimental online risk profiling conversations with customers at a large Dutch bank.

Do you speak my language?

The rationale from a consumer perspective? We’re app fatigued. I bet you only use a fraction of all the installed apps on your smartphone. “There’s an app for that!” sounded cool a decade ago. Now, I personally don’t care who or what I’m talking to online or offline, as long as I am served an answer to my question or a solution to my problem. My recent search for a solution to configure a WiFi hotspot in my Skoda Superb was handled online by a chatbot. “Her” natural language was so convincing, that I really thought I was chatting with a human, while the print out at the dealer the other day showed that it was a computer after all.
The future is now. If you wait too long, it’s yesterday’s news.