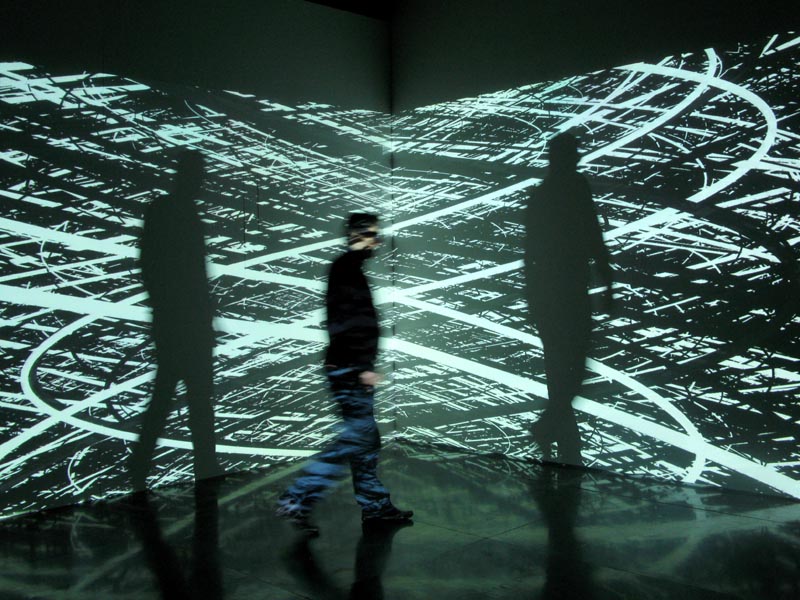 Capgemini’s view on the future – Technovision 2017 – states that capturing and leveraging collective knowledge as well as decreasing the dependency on undocumented, individual expertise and experience, is an important aspect of Artificial Intelligence (AI).  (I won’t be discussing how AI can enrich products and objects of art, my interest is how AI can help in the creative process or how AI can design creative products by itself.)

Now Cognitive Computing can find the applicable jurisprudence for any given law case or diagnose the right type of cancer from the patient’s syndromes. But beside massive information processing, can Cognitive Computing help people resolve problems by creating new ideas?

“This notion of creating ideas and inspiring new thoughts and new ways of asking questions is critical to so many things people do in the professional world with this.” (Rob High)

The goal of “Strong AI” is to develop Artificial Intelligence to the point where the machine’s intellectual capability is functionally equal to a human’s. At a certain point in time, computers will be able to take over all human tasks, including reasoning, creativity and self-control. These machines could make us redundant. This is not only the vision of science-fiction writers and movie makers, but also renowned people like Stephen Hawking and Bill Gates.

On the other side, many authors claim that computers will never be able to take over all human tasks. From a technical and scientific standpoint, creativity is “one of these last frontiers of AI,” says Hod Lipson, professor of engineering at Columbia University. Better, creativity can be the last strongholds if we want to. Because non-creative machines cannot design creative machines.

“Thus, humanity’s last stronghold, the walls of which separate our capabilities from machine capabilities, will only fall if we (…) do our best to open its gates.” (Israel Beniaminy)

What can Cognitive Computing do now?

We can speculate about the ethical dilemmas of the future, but more importantly, we should ask the question: How creative is Cognitive Computing now? Every month some new case is published where Cognitive Computers helps with creative processes. With some marketing bravura claims are made about Cognitive Computers having created film trailers, thinking sculptures, music etc. So let’s take a closer look what needs to be done to build a digital assistant for the creative process and how humans are still needed to get the desired results:

1. Curating Content
Content Curation is collecting and maintaining a set of data – a corpus – that the computer can explore and analyze. It’s essential that the data is rich and truthful. Until now, only domain experts – aka humans – can faithfully assess whether knowledge is useable and trustworthy. And keep in mind that curating content is a long and hard job. Ask Google what happens when you don’t check sources on trustworthiness.
2. Machine learning
Now we’ve to learn to computer about the knowledge domain. Though computers are very good in analyzing and interpreting large amounts of data, humans still have to judge the results that computers give. We have to learn the computer which conclusions and answers are correct and which are incorrect. Just like a pupil in school has to be taught by a teacher.
3. Evaluating the results
Some manufacturers claim that computers can make their own decision about the usefulness of the suggestions it makes. Other states that the results still have to be interpreted by humans. But certainly in the field of creativity, we need humans to do something with the suggestions Cognitive Computers present. At this moment, Cognitive Computers will give users probable answers to their queries. But these answers are based on the corpus we’ve ingested into the computer previously. It won’t be able to find something radically new, it will only find answers that are mentioned somewhere in the texts.

The human factor is still very evident for the tasks that need to be done to create computer assisted design, art, innovation and so on. But as real life examples have proven, the result of these suggestions can be inspiring, surprising and innovative.

“AI works best by collaborating with humans rather than replacing them; in either case, ethical dilemmas will surface.” (Ron Tolido)

Only when Artificial Intelligence can take over the human’s tasks now present in the learning process, a computer can take autonomous creative decisions of some kind. Until that moment, cognitive computing will only create “variations on a theme”. Sometimes quite sufficient, but not really creative. But this touches on what we see as truly creative. When we define creativity as experiencing the world in novel and original ways, computers are still lagging behind. When a computer’s perceptions are fresh, whose judgments are insightful, who may make important discoveries that only they know about, we humans might be replaced by computers from our last stronghold: creativity.

As a closing remark I would like to add a final aspect. One of the impacts of AI, according to Capgemini’s Technovision, is: Cost effectiveness, improved productivity and higher quality through “smart” automation of human tasks. But will this be the case for creative computing? Will it become economically viable to create automated computing systems for creative processes? The creative arts are, with few exceptions, not really money making activities. In the industry they may be more possibilities, but in order to earn the investments back, some kind of creative repetition is needed. Many examples we see now of creative computing are one-off solutions. That’s all fine in research and development, or as an art project, but not for an economically viable activity. And are we willing to pay the same amount of money for computer generated art and design, as we do now for human made artifacts?

Maybe someday Artificial Intelligence and Cognitive Computing in particular, is up to par with humans in the field of creativity. But will these systems leave the research and development phase and become money makers? At the end, only products and services that are widely available are able to change the way we work and live.