Ten years ago this year, Capgemini started its first Employee Resource Group: OUTfront!  Since its inception, OUTfront celebrates its decennial by doing what it does best: providing a forum for education and awareness, and supporting the professional growth of LGBTQA+ (Lesbian, Gay, Bisexual, Transgender, Queer, Allies, and others) employees at Capgemini. The group started small, but determined in its quest to create safe and progressive spaces for the LGBTQA+ community our global network. Fruits of OUTfront’s labor are numerous to count, and the impact the group has had runs deep throughout Capgemini and the community it serves.

OUTfront continues to be imperative to the progress and enfranchisement of our growing and impressive LGBTQA+ workforce. On our 10 year anniversary, we reflect on the great strides we have taken to bring us to where we are today at Capgemini. There is still much work to be done, and OUTfront maintains its charge to actively work as an employee resource group for the continued educational and awareness programming for the LGBTQA+ and Capgemini community at large.

For any questions to learn more about OUTfront, please reach out to Braden Thompson & Warren Pinto at outfront.nar@capgemini.com, or our North American Diversity & Inclusion Team at inclusion.nar@capgemini.com.

Warren Pinto wrote this article. He is based out of Toronto, Canada. He is the one of the North American Leads for OUTfront. Prior to joining Capgemini, Warren worked in the fields of telecommunications, retail strategy, and academia. His most recent academic research addresses public institutions involved with nation branding initiatives for developing industries. Warren holds a B. Comm (Hons.) from the University of Manitoba and an M. Sc from the University of Guelph. In his spare time, he enjoys travelling to rural areas, reading non-fiction, and going to trivia nights. 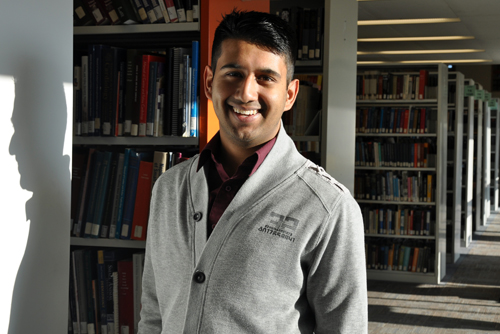 Is being (purely) data driven unethical in a world of AI?

The possibility of creating thinking machines raises many ethical issues. If machines running...

Is being (purely) data driven unethical in a world of AI?
Capgemini50

I always wanted to be a pilot, but destiny had some other plans in store for me. Here’s...