Back in 1930, Keynes predicted that the working week would be drastically cut, to perhaps 15 hours a week, with people choosing to have far more leisure as their material needs were satisfied. His prediction is slowly becoming true, but not because of satisfied material needs, but more due to automation and eventually AI and robots.

The famous equation about the rate of involuntary unemployment (see left one below) is driven by labor supply and rigid wages. 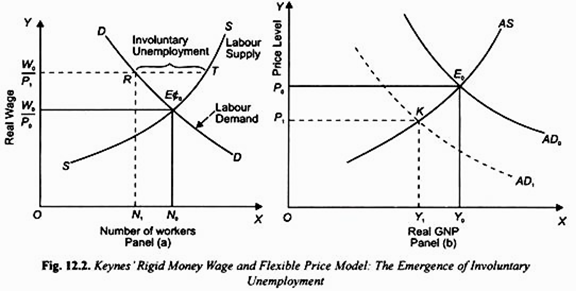 Supply and demand balance out and set wages, but if labor supply would rise (and demand fall) and wages stay rigid, this would increase involuntary unemployment.

Here are some of my own projections, the point being that salaries keep increasing just with inflation, but real wages have been flat since 1970.

A short introduction, first there were the luddites, destroying machinery, which automated mundane tasks. People tell us, we should be happy that we don’t need to do these anymore. This is all history, from which we moved on:

People are being pushed to become Data Scientists, AI programmers, math geniuses writing algorithms, all jobs which likely require an IQ of 130+. Programs can now write music and are starting to be creative.

The trend I see is that, yes we will be able to find new jobs, but they will require really highly intelligent people, which covers only a small percentage of the population, no matter how much education they have received. Maybe becoming cyborgs will be the answer, if we believe Elon Musk.

So automation does create new jobs but not as many as it destroys. Inevitably AI and computing will outsmart people and what work will there be left for people to do? One argument which speaks against that is that the more robots and AI we have the more goods they will produce and the cheaper they will become. We will be richer. But who is this “we” group? In the last economic conference at Davos it was announced that in 2010, 43 people were as rich as 50% of the poorest on this earth. In 2016, this has now gone down to 8 people! 8 people as rich as half the world combined.

This points to the inequality gap becoming bigger and bigger, and only those who own robots will earn an income.

The economic counter-argument is that it will balance itself out, robots will not produce goods which people cannot buy. Or have no money to buy, hence if people lose their jobs there will be fewer robots producing things. In my opinion, this may balance the economics formula, but not the rate of unemployment.

And so, robots will start producing the goods for people who do have the money, exactly how it is in the world right now. The West produces goods for the western world (at their income rate) and not for 3rd or 4th world countries, where there is very little income. This will increase the inequality even further, effectively raising the rate of unemployment, as less money is spent. Goods will be produced for the rich.

What will countries do to protect themselves? Raise taxes on robots? Factories will just move to a safe-haven country. For now, the only savior I see is the IOT industry, which will create millions of jobs installing devices in all sorts of places which require maintenance and support. This will provide even more data to the rich and grow the knowledge industry. Knowledge, after all, is power! 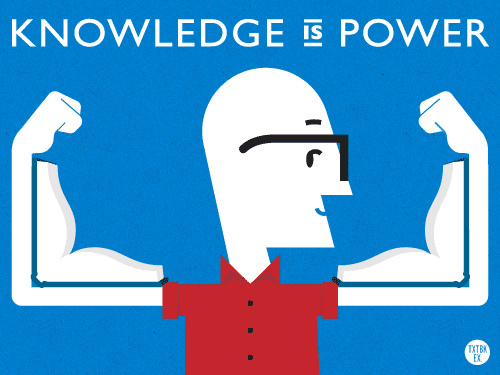 Digital continuity is critical for product innovation. However, this is only possible if the...

The Red Queen said to Alice “one has to run constantly simply to keep in the same...

Why organisations are adopting to the “Mixed reality” technology which is either...