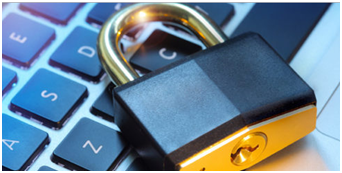 Objectives that claim to “Enhance Security” linked to QA and Testing drive me nuts.

To me, “testing” isn’t about enhancing a characteristic or system, nor is it about “adding quality” or “breaking it.” Testers do not wave a magic wand to add quality to a system: quality has to be built-in. Testers do not break things. Often, they are already broken. Testers do not enhance security. Rather, security should be in place before testing commences. Testing is about providing information and asking questions. Testing is about exposing problems to the customer about their software and system so they can make a founded decision on whether or not to “go live.” If the customer is king, then testers are their trusted advisors.

Secondly, when I see a general expression like “Enhance Security,” I always wonder what rationale and scope lay behind it. Exactly what is the fear behind the objective of “enhancing security” and is the focus on the right place? I think that placing an objective like “enhance security” with QA and testing will create a false sense of safety. If you believe that acceptable testing results indicate tight security, you’re bound for big problems.

In the World Quality Report 2016, a whopping 65% of the executives responded that their objective was to “Enhance Security in QA & Testing.” I find that disturbing. Don’t get me wrong, I wholeheartedly welcome that security is on the agenda and that is it at the top of the list of the objectives for QA and Testing. What I find disturbing about this, however, is that apparently one thinks that Testing and QA can enhance security.

I agree that more investments in security testing are wise. Security testing— like usability and performance testing—has not been given enough attention or priority. Most testing efforts are still made in functionality aspects and in validating if the system is fit-for-purpose. Although I understand that this is important, a working system is worth little when clients won’t use it because it is not safe to do so, or has performance problems, or doesn’t provide a satisfactory user experience. In my opinion, security testing should be a mandatory activity in the software development lifecycle.

But it doesn’t stop there. As I already noted, testing will not enhance anything. Testing will show the level of quality regarding security; it will point out the flaws and the weaknesses. It is only when this information is used by the organization and by the developing teams that security can truly be enhanced. In short, putting more resources into security testing won’t increase the safety, but acting upon the information provided will.

This brings me to some pointers that I think are important when it comes to security and are not only limited to QA and Testing:

While I can think of many more pointers on security in QA and testing as on security testing,  I feel quite “secure” that the ones I have offered so far provide plenty of food for thought on the ways in which we can further improve security.

Building a culture of quality transformation