Recently I’ve started putting a photo of Johannes Gutenberg into my team charts and labelling him as the ‘Big Data Lead’.  I like a bit of mischief in my presentations, but, like all the best jokes, it’s got a core of truth…. 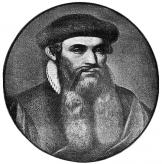 So let’s have a look at his ‘resume’ on Wikipedia…

‘His invention of mechanical movable type printing machine started the printing revolution and is widely regarded as the most important event of the modern period.  It played a key role in the development of the Renaissance, Reformation, the age of enlightenment, and the Scientific revolution and laid the material basis for the modern knowledge-based economy and the spread of learning to the masses.’

A student of history knows the difference between revolution and evolution, things go along within a particular paradigm, gradually getting refined and getting better, then someone comes along with something so unique and powerful that it causes a step change and things are never the same again…  for example 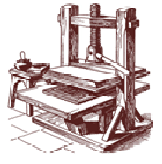 Why were most of these such an inflection point in the history of man?

It’s all about decisions

Fundamentally we make decisions, all of the time, that’s what we do, we make a decision, then we act, then we enjoy (or suffer) the consequences.  An organization is just really a big group of people making decisions. We’re decision machines and companies are decision factories.
How do we make decisions? There are only two choices:

2.  Or we use available information on what has worked before, we analyse that, then determine the optimal action.

The second way pretty much embodies the ‘scientific process and the spread of learning to the masses’ line from Gutenberg’s CV.
What the printing press technology created was improved information architecture, something that enabled the collection, storage, analysis, and distribution of insight.  It did this at scale and better than anything ever had before.  Different types of information could be stored; they could be created rapidly, and stored in large volumes. (3 Vs anyone?)

So we come to the current age and the launch of Capgemini’s Insights and Data Practice, launched last week.  We believe that we’re at another inflection point – the big data revolution, or the Digital revolution….  I was particularly struck by a phrase that our new Insights & Data CEO, John Brahim used this week.
“Our vision is that insights from big, fast, smart data is becoming the most powerful driver of competitiveness among enterprises and a new source of improvement for human life.
(My italics)

It’s bold and visionary; big, fast, and smart data will change the way the world works, it already is. The volume of man-made information in the world is increasing exponentially and machine data generated by the internet of things (IoT) will keep the volume soaring.

New data management tools allow us to economically store and process information in real time. Technology is no longer the limiting factor.  What will distinguish the winners and losers is the ability to turn this data into insight and get this to the point of action where it adds value. This is an inflection point and I believe John is right to say that insights will be the most powerful driver of competitiveness.

However, what I really like is the second part of the sentence…. ‘a new source of improvement for human life’  This is the ‘whoop’ moment for me.

Of course, it is nice if Capgemini does well and delivering value to our clients is what we are here for…  But what is really great is if we take this into the realm of making things better for everyone.  Are we talking about solving poverty, environmental destruction, disease, social equality?  We should be.

Between Gutenberg’s time and now, the average life expectancy in the UK increased by nearly 50%.

With the launch of Insights and Data at another inflection point I’m inspired to have a CEO talking about ‘improving human life’, and I’m excited to wonder what Gutenberg the ‘Big Data Lead’ would think about Big & Fast Data and The Rise of Insight-Driven Business.

Beyond the AIOps hype: Part 1

AIOps (AI-enabled IT operations) offers unprecedented opportunities to get to grips with even...

Beyond the AIOps hype: Part 1
Show all