I remember once when the mere mention of DRM stirred up such a frenzied reaction of blood boiling anger, outrage and disgust, from even the meekest of the meek. Thankfully those days are long gone, and DRM has been largely forgotten, or has it? 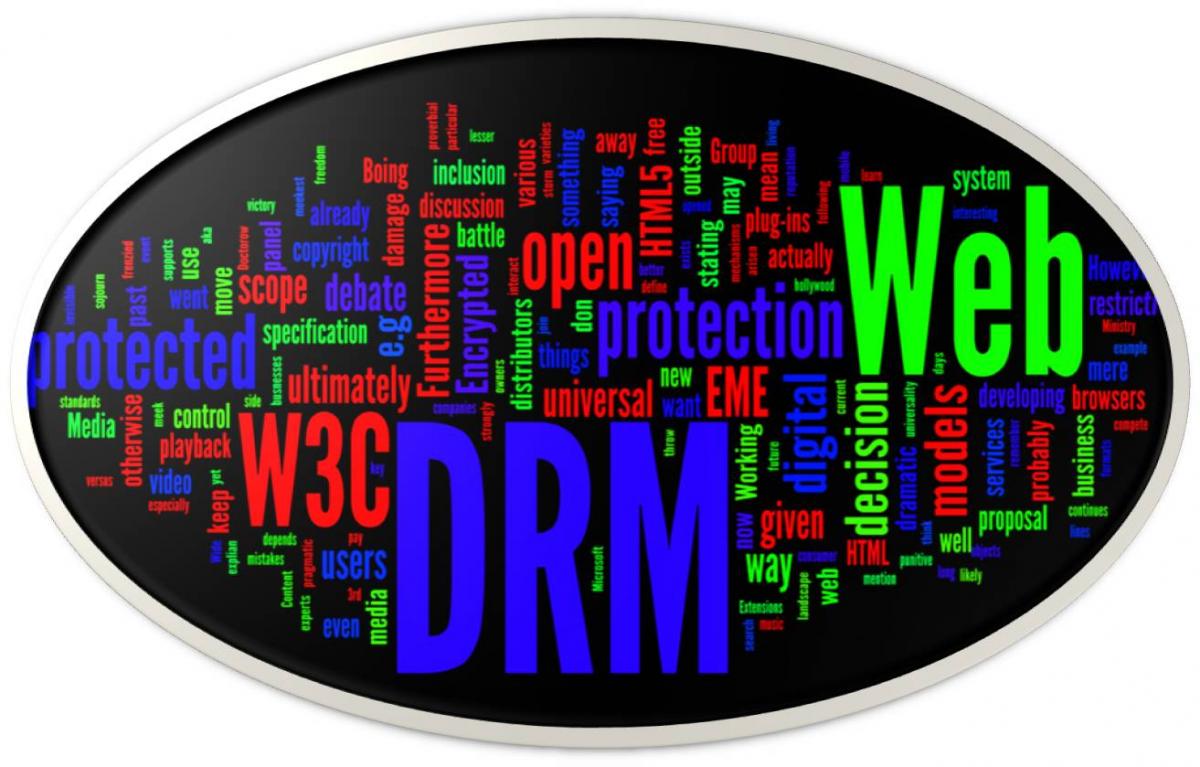 Sadly no, because DRM recently reared its dramatic head yet again following a decision by the World Wide Web Consortium (W3C) to bring video content protection into scope for discussion in their HTML5 Working Group. So what does this mean? Well, it depends on who you ask of course, because the usual pros vs. cons battle lines, championed by various organisations and pundits, have opened up with distinct perspectives on the matter. The following are summary points, culled from a quick web search on the topic.

Some viewpoints in support of the decision:

Other viewpoints against the decision:

Regardless of which side you take in this debate, it is probably disingenuous to think that DRM ever went away, if anything, it has in fact been thriving in various digital content services and technologies, well outside the limelight and notoriety it had in the past, perhaps until now. One of the key things I learnt during my sojourn into the DRM debate over the last decade, was that most content businesses are ultimately pragmatic in nature, and they understand that suing customers (or casual pirates depending on viewpoint) can be suicidal, hence the move away from dramatic headlines and into developing services that users actually want to use and pay for.  The saying holds true that the only good DRM system is invisible or transparent to the end user or consumer.

It could be argued that this current debate has arisen because the Web is designed, and perceived by many, to be open and universal, but it is this selfsame universality that allows even potentially restrictive models to have a place on the Web. In fighting for its own survival, and by openly considering inclusion of something like content protection, the W3C is actually living up to the open and universal remit of the Web. However, a real danger remains that commercial interests (aka content businesses) will almost certainly seize this opportunity to compete using flawed and restrictive business models, which will only throw DRM in the faces of their users, and possibly restart litigious campaigns against their users, once the latter decide again that unrestricted (and literally free) content is best. Truly, those that don’t learn from past mistakes are only doomed to repeat them.

In conclusion, although this is probably more than a mere storm in the proverbial teacup, the signs portend that this too shall pass into the annals of DRM aftershocks, in the grand scheme of things.  I say this with some confidence because whilst the DRM battle rages on, the world of digital content, copyright and the Internet continues to evolve new opportunities and challenges that will reshape the digital landscape. A recent example concerns the IP value of curation, e.g. playlists, as a candidate for copyright (e.g. see Ministry of Sound versus Spotify)

BTW:  I will be moderating a panel session, discussing Over the Top (OTT) video content protection, at the Copyright and Technology 2013 London conference, later this week. My panel of experts will most likely have something interesting to say about DRM and the Web. Why not join the debate at the event, if you are in London, otherwise I’ll keep you posted on this blog.

In the New Normal more than ever, Telecom operators need to ensure their business and...

Sky-High Expectations and New Journeys: How Telco Is Transforming
Telecom

Improving the effectiveness of your network alarm monitoring system

Improving the effectiveness of your network alarm monitoring system
5G