The 1,300,000,000 population of the Chinese nation is seen by foreigners as an enormous potential market. Since the labor there is cheaper than developed nations, companies line up to manufacture and sell there. But this is changing, and the implications for information technologies are complex and, perhaps, surprising. 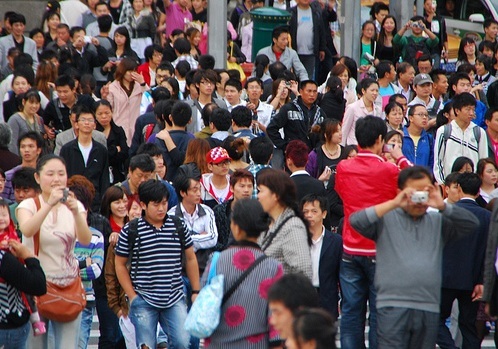 The size of the market won’t change – it’s getting bigger. This is due to the fact that hundreds of millions of Chinese have ascended into middle class status and a – much smaller – group of luxury consumers has also emerged.

The cost of labor, on the other hand, is on the rise partly because of the above reasons. Nowadays, it’s cheaper for companies to do their manufacturing in places like Vietnam, or, increasingly, Bangladesh.

Moreover, despite China’s big advantage of the number of engineers it graduates every year, an American executive in Shanghai told me their quality is “challenging”. In order words, the quality varies. There are great engineers, but the executive has a hard time finding hires with sufficient professional experience, which means they’re training employees for longer.

But the size of China’s population is still significant for at least two other reasons: the first is something that was first only reserved to the US market; a large enough number of early adopters to quickly gauge consumer interest in new products and services. It’s an advantage that smaller countries lack, even if they do have enough engineers, entrepreneurs and designers.

The second reason is more complicated, and its possible returns are hard to predict. But they could be huge. It involves innovation.

During my travels, I’ve seen how important it is to have access to global information and global collaboration; to collaborate with strangers on the other side of the world. English, which serves as lingua franca, isn’t spoken well everywhere, and geographic and cultural differences might not prohibit collaboration, but definitely limits it.

So in China, the government, regions, townships, businesses, institutions – groups of all sizes – as well as a “Chinese” number of individuals (unknowable, but considerable) have decided to make innovation a priority. Their motives can be economic, strategic, political, or personal. The reasons vary, but the push is there. Beijing’s slogan, for example, is “Patriotism, Innovation, Inclusion and Virtue.”

No one knows what is possible when
A significant number of people belonging to a group of hundreds of millions of people
All speaking the same language
Living in the same country and connected through the same networks
Decide to innovate, to exchange ideas and creations they either invent or are able to build.

The future of information technologies (and many other things as well) depends on this.

If you have anything to add to this discussion, please don’t hesitate to share.