One of the biggest surprises I’ve had recently was seeing the importance of social entrepreneurship in China. In a country that is often described as combining the worst of the capitalist and communist worlds, I found people who are trying to change both, and now. Currently there are few in number, but they are part of a trend that’s gaining traction with the younger generations. 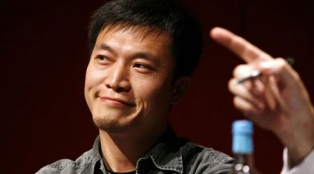 The most ambitious is  Isaac Mao.  Known for being one of China’s first bloggers, Mao decided make his entrepreneurial and IT skills available to activists. He spends his time between Hong Kong, Shanghai and Beijing, so he can help the most people

Mao has a theory of “sharism,” that sharing creates value for givers as well as receivers. Taking inspiration from the brain’s neural relationships, he approaches social relations as the relationship between social neurons, or “seurons.”

“The flow is the important part, how information is transmitted from one seuron to another in real time,” he says.

Mao is working on a project that should launch by the end of the year: a tech platform to allow activists and people working for social good without goal of financial profit, to expand their projects, like the one run by Dadwa, a singer who helps artisans and designers from minority backgrounds promote their products.

“She’s famous as a singer,” Mao says. “But she doesn’t know the Web well.”It’s an area where Mao’s help can be valuable.

Mao’s tech skills can be beneficial in three ways:

“We combine the best software, the best social networks and the best business processes to satisfy complex needs that no existing platform can satisfy,” Mao says. “I try to connect people, not just to  make money. My goal is sustainability.”

“A social business can’t succeed on its own in China,” he adds. Hence the idea for a platform. Happily, he’s not the only person who sees the need.

Yin Yang, for example, has fewer resources, but wants to create “a quality environment to allow people to participate in social innovation,” by providing a space for sharing ideas and projects.

The Beijing startup We Impact addresses the problem from another angle, helping businesses be more social without harming their budget.

I’ll talk more about it soon.

Big conversations for a sustainable future

One leader. One hour. One circle. One global movement – Capgemini’s new global campaign to...

A great customer experience adds value to the relationship businesses develop with the people...