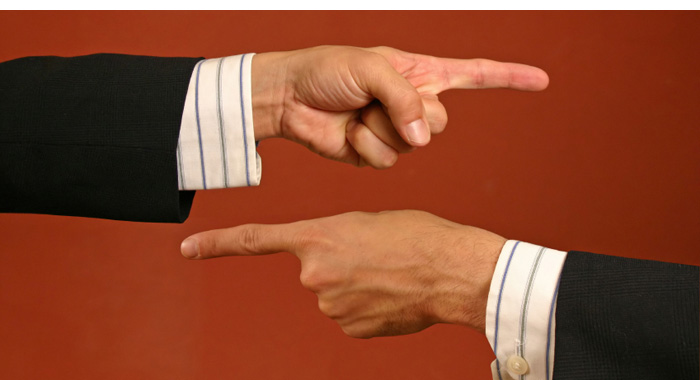 A company recently failed to provide the promised service to me as a customer. And to add to that, they didn’t reply to my customer complaints on Twitter, not even after it got amplified by other unhappy customers.

But the story is far from as simple as a company with bad customer service and it got me thinking about how the online behaviour of different companies can affect other related organisations.

Here is what happened…

It all started out fairly simple: I bought an item from a company, which turned out to be faulty and the company was happy to replace it. They arrange for a delivery service to pick it up.

Good customer service so far, but then things went wrong.

Delivery service didn’t show up during the allocated 9-5 timeslot. 30 mins-on-hold music later I was told they actually operated 9-7 and that the job was still “live” and van expected to show before 7.

7pm came and went. I called up again and was told they only delivered from 9-5! I arranged for the parcel to be collected the following day. Without going into details I can reveal that no delivery van showed the following day either.

All through this my tweets to the delivery company got more and more frustrated but while I could see they responded to other customers, I didn’t hear anything back which puzzled me as my disgruntled tweets were being retweeted by other unhappy customers increasing the reach of my complaint.

In the end the company I bought the item for arranged for another courier service to pick up the item successfully on the third day.

Let’s recap the story so far:

To me the case was clear: Company B’s bad service had affected my perception of Company A negatively as their bad service was part of my purchase experience with Company A.

…I tweeted my package had been successfully collected by Company C. I instantly received a message from Company B’s Twitter account telling me they were sorry for my experience but due to the contract they have with Company A they were unable to respond to any of my tweets.

Hang on a second…

In other words, they were defenceless to respond to any of my frustrated tweets (or the associated retweets from other unhappy customers) because their arrangement with Company A meant Company A’s customer service was responsible for replying.

Company A, who I had tweeted as well, never replied leaving Company B taking all the heat with no fire hose to cool things down.

There’s no excuse for Company B failing to collect the return package two days in a row.

But it is interesting that the contract between Company B and Company A prevents Company B’s twitter handlers from responding especially as it is not hard to imagine they could have sorted out the problem long before it got amplified in a public space given how fast they contacted me once Company C had collected the parcel.

A single piece of information was missing throughout this experience: As a customer I never had any clear indication that Company A was my sole point of contact even when Company B was providing a service.