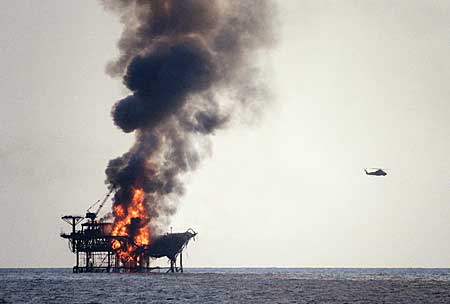 I don’t. I think this the end of an era. The era which we will probably refer to in the future as the industrial era. We are at the end of the capabilities of current paradigms. The rate of return on assets in US firms has dropped 75% since 1965. The average lifespan of a fortune 500 company has dropped from 55 years to 15 in the same period.

Some say the 21st century will be the century of complexity. Some say the rise of the creative economy is here.

Whatever it may be, we have a unique opportunity to re-invent ourselves as human beings.

There is a ton of excellent new ideas out there:

To name but a few. All of these share a lot of the same principles and thinking, solidly bound together by this relatively new science called complexity science.

BUT WE KEEP SCREWING THESE IDEAS SO THAT THEY FIT OUR INDUSTRIAL AGE THINKING!

As an agile coach, I have the pleasure of helping a few organizations find their way towards more agility. Real benefits occur in desired results, such as a faster time-to-market, or lower costs, or more predictability.

These are the low-hanging fruits, easy to reach without changing your organization in a profound and disruptive manner. They are focused on the efficiency side of things, and often result in doing the wrong things righter.

Some dysfunctions that are often left untouched in an agile transformation:

Now is the time though. Embrace complexity, dance with it, explore in it, or be rendered insignificant faster than you can say “annual budget”, or “human resource”, or “software factory”.

What the authors of the agile manifesto agreed upon in 2001 was rooted in trial and error, and in figuring out what worked for them. Software development has proven fertile ground for developing methods that work with uncertainty. Since then, people have been building on top of this landmark.

At the same time, people in completely different environments, like manufacturing and accounting, have developed approaches based on the exact same values and principles.

Agile and, more importantly, it’s values and principles are here to stay, and there is no spoon, eh, end-state.

From where I stand, I can see no better alternative for creativity, innovation and exploration. The very things that will enable us to get out of this crisis. We need to step it up, and push through.

What do you think?