Wednesday the 18th of April marked 100 days to the greatest show on earth, along with the promise of even more superlatives, as a direct consequence of the Olympic motto: “Faster, Higher, Stronger”. It certainly made an auspicious date for an event, held at the House of Lords, on the future of Supercomputers.

The House of Lords

The event was The Second Lorraine King Memorial Lecture, sponsored by Kevin Cahill, FBCS.CITP (author of “Who owns Britain” and “Who owns the World”), and superbly hosted by the Lord Laird and Computer Weekly. The main topic of debate centred on whether Supercomputers were merely “prestige objects or crucial tools in science and industry”. 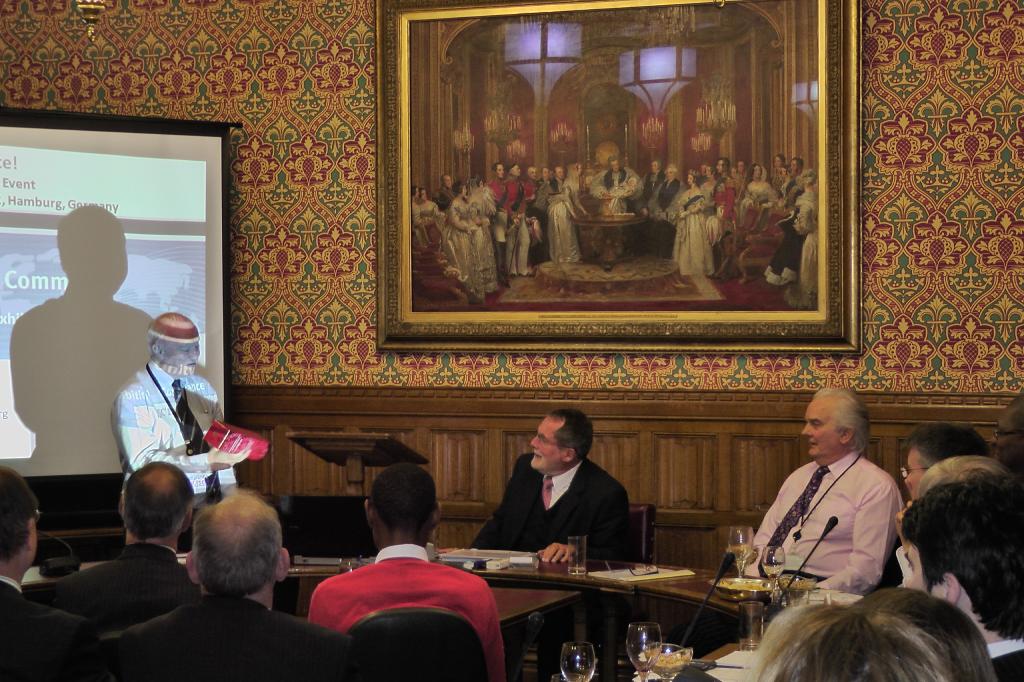 The lecture delivered by Supercomputer expert, Prof. Dr. Hans Werner Meuer, (see CV) was most illuminating, and I gathered, among other things, that the UK ranked 4th in the Top500 list of Supercomputer using countries, and that France was the only European country with any capability to manufacture Supercomputers. Clearly more needs to be done by the likes of the UK or Germany to remain competitive in the Supercomputing stakes, which begged the question, (as posed later by an attendee), of whether these machines were nothing more than objects of geopolitical prestige, superiority and / or bragging rights, (e.g. my Supercomputer is faster than yours, Nyah-nyah, nyah-nyah nyah-nyah! – Or perhaps Na na, na, na, naa! …apologies to the Kaiser Chiefs).

In any case, several things stood out for me at this rather well attended event, including:

The Future of Supercomputing (Source: www.isc-events.com/slides/london)

Overall, this was an excellent event, in a most impressive venue, and the attendees got a chance to weigh in with various opinions, questions and comments to which the good Professor did his best to respond, (including inviting everyone to Hamburg, in June, to come see for themselves!). Perhaps the most poignant take away of the evening, in my opinion, was the challenge by Lord Laird to the computing industry about a certain lack visibility, and the need for us to become more vocal in expressing our wishes, concerns and desires to those in power, or at least to those with the responsibility to hold Government to account. As he eloquently put it, (but paraphrasing slightly), “If we don’t know who you are, or what it is you want, then that is entirely your own fault!”