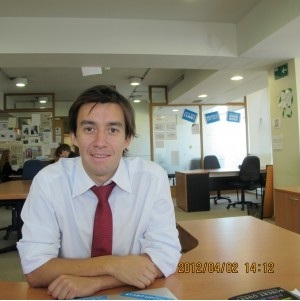 Some people, like  investor Amon Kohavi (@arnonk), might have reasons to critique Startup Chile. But the program, created by the Chilean government to encourage the creation of innovative companies, is worth checking out. Which I did in Santiago, on the way to Australia.

The offer is simple and seductive: $40,000 US given to global entrepreneurs to house their startup in Santiago for 6 months. In addition to the money, they receive a one-year work visa, help opening a bank account – normally very difficult for foreigners – as well as a phone and contract.

“The goal is to change the entrepreneurial ecosystem in Chile, and to open it to innovation,” says Horacio Melo (@hora8), the program’s director. “Our mental isolation stems from our geographic isolation. To break out of it, we decided to attract high-potential startups, so they start their project here.”

Candidates come from across the globe. Thirty percent are from the US, 15% are from Chile, 15% are from the rest of Latin America, and the remaining 40% form the long tail. If the candidates succeed in the selection process, they must meet 2 requirements: the founder must spend 6 months in Chile, and the startup must be something that’s easily (=cheaply) developed at the global scale. The goal is to host 300 startups per year. In 2011, the full program’s first year, Startup Chile received 1,600 applications from 70 countries – without spending a cent on marketing. The directors chose 320 startups from 35 countries. All activities are in English.

Besides the startup money, the selected companies receive additional help: weekly networking events, legal aid, and contact with investors. In total, a handful of them them have already raised just under $10 million.

The startups are required to stay six months, but can stay longer if they want. “But even if they leave, we’re happy,” Melo says. “We give them reasons to come back, creating a local network for them built around classes, meetings, conferences and events.”

I’ve already met one of the companies incubated by Startup Chile, in Lebanon. Jogabo lets people organize local football matches. Among the others that look like possible successes, Inbed.me, created by an Argentinian team in New York, lets users reserve a hotel room, while at the same time connecting them to other travelers in the same city or neighborhood. SaferTaxi makes taking a taxi – an extreme sport in Latin America – less dangerous.

The biggest challenge seems – as Kohavi remarked (Article in French) – to be convincing local investors to invest in these promising, yet risky, startups. It’s no doubt a question of time, maybe a generational thing.

“We hope that, out of the group, there’ll be one that becomes a company worth a billion dollars,” Melo says.

While SaMD is able to improve health outcomes using data, there are some underlying...

The automotive supply chain: Opportunities for transformation in times of crisis
Show all