Returning to the topic of energy of which we have discussed many times before, there was an interesting article in this week’s Nature journal.

In the article, James Murray and David King argue that since 2005, oil production has reached an effective cap at around 75 million barrels of regular crude per day.  Production over the past six years, they conclude, has increased little despite continued upward oil prices. 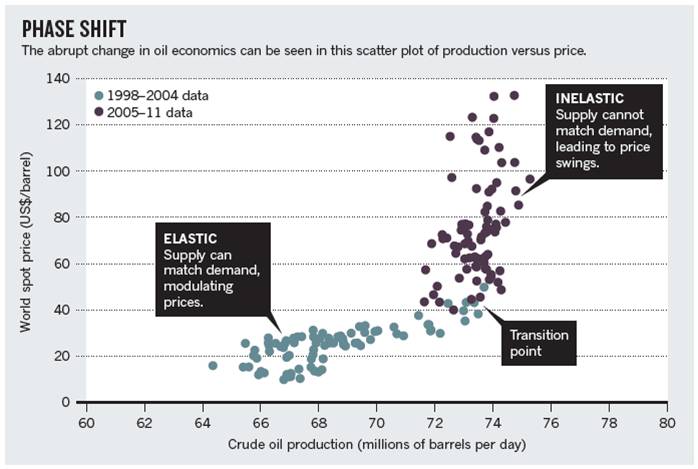 While global oil demand remains relatively weak today, with the International Energy Agency predicting global oil demand growth in 2012 of around 1.1 million barrels per day, that inelastic supply curve could yet push oil prices back up to record levels in the not too distant future.

There are many ways you can show your appreciation.

Since its inception, OUTfront celebrates its decennial by doing what it does best: providing...

What is Veterans Day

Paul Dailey
What is Veterans Day
Show all