Ever heard of Plant-e? Neither had I, until I learnt that this Netherlands-based startup actually harvest electricity from weeds. They build batteries from layers of soil and membranes in which they plant, well, plants. Nurturing reedlike grasses (they are still experimenting to find the right breeds) apparently prompts these to spin your dishwasher.

Actually, it is not the grass itself but rather the bacteria that live between the roots that do the trick. Electrons are a byproduct of their metabolizing processes and can be collected to good use. Plant-e expect yields to hit 0.3 Watts/m2 in a couple of years. That means that a household can then fulfill a third of their electricity needs by covering the roof of their house with Plant-e batteries (or rather…plant pots). The good news? It also works during the night. Soil bacteria don’t care much about light, they just go on and on. Only when it freezes does the production of electricity stop. There’s a lot of actual science behind all this, you might want to check it out on http://www.plantpower.eu/

Of course, this will not cover all our power needs for the same reason that biofuel won’t (or for that matter reintroducing horses that live on hay): there is simply not enough area to grow enough biostuff to produce enough power, be it by bacteria, by yeasts (methanol) or by horseguts. But it’s a start and it’s a step in a promising and exciting direction. Certainly for the UK with it’s tradition of topclass gardening here lays a great challenge to merge horticulture with power production into a new and beautiful artform! 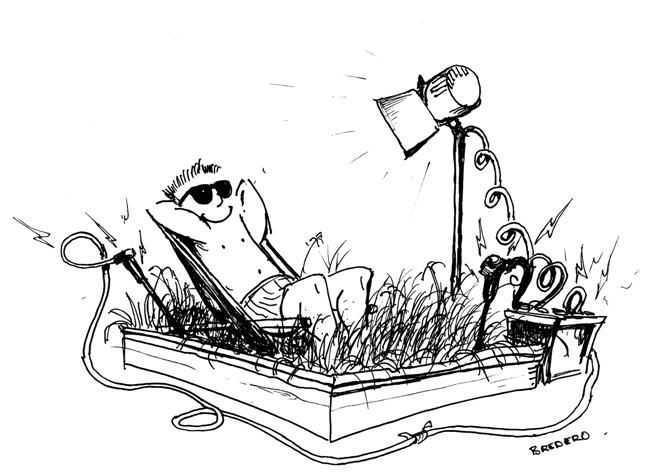 There are many ways you can show your appreciation.

Since its inception, OUTfront celebrates its decennial by doing what it does best: providing...

What is Veterans Day

Paul Dailey
What is Veterans Day
Show all