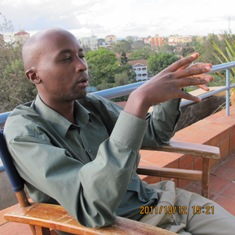 It all started as an ordinary rivalry, two young developers claiming at the same time to be the first game developer in Africa. No risk of it coming to blows with a continent separating them: one lives in Accra, Ghana, and the other in Nairobi, Kenya.

Learning of their rivalry definitely piqued their interest, and they talked together about whether what counted was being the first to put a game on the market, or to be the first to build something from scratch, without using any mods or apps available on the web. This way, each cold hold the title – each has his version, so there’s no need to chose.

“I felt like I was alone. I was happy to find another African who was passionate about game development,” Wesley Kirinya explained to me in Nairobi, where he lives. “So we started chatting from time to time.” This was 2007.

But Eyram Tawia, the Ghanian I met in Accra, had the chance to be chosen to attend a school of technology and an incubator financed and organized by Meltwater.com, a Norwegian company located in San Francisco.

After several months, the two realized they should unite their efforts. The two developers met in Accra and decided to start a business together, LetiGames.com.

Their first product launched just before the African Cup of Nations. StreetSoccerBattles.com lets you take on several people in street soccer. They have since released iWarrior for the iPhone. “We wanted to show how safaris really work, how rural dwellers defend their crops and villages against animals,” Eyram told me in Accra. “Our designs are based on traditional, and very African, images.” 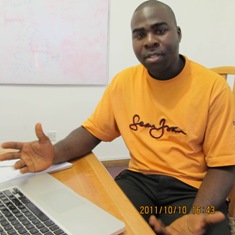 The next step: educational games.

Eyram’s objective “is not only to make games for Africans, but to make games in Africa that are able to compete on the global market.”

“More than being a company, we are in the process of building an entire industry,” Wesley, echoing Eyram, said in Nairobi.

The big problem – which I found in many cases – is that there is no context, no ecosystem. Creators and entrepreneurs are legion. The reduction in prices and the multiplication of collective efforts, whether or not supported by foreign countries, lets them launch products. But, most often, they must create the ecosystem that any initiative like this needs in order to exist and prosper.

It’s sort of a wake-up call.

The need for clarity, utility, and flexibility of thinking are fundamental to creating the...

What comes next for order-to-cash in 2021

2020 showcased all the different ways technology can be used to make life a little easier,...

What comes next for order-to-cash in 2021
Show all