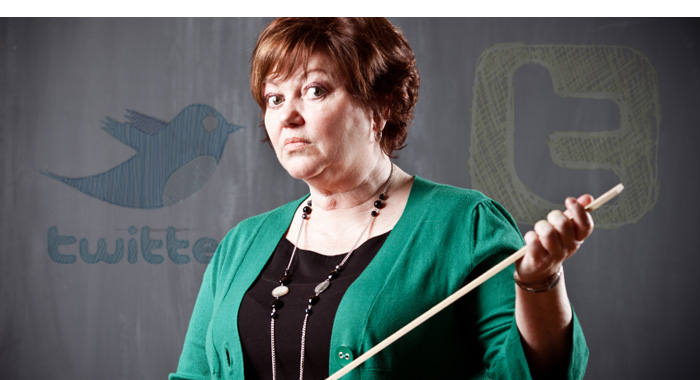 There are a lot of blog posts telling Twitter users that they should not tweet personal mundane stuff such as what we had for breakfast, whether we have a cold etc.

They all seem to be unified in a common attempt to streamline Twitter into this utopian news/ learning/ self-promoting/ marketing tool… but is that actually how ordinary people use Twitter?

According to Twitter Study – August 2009 (pdf) by Pear Analytics 40% of tweets are what they call “Pointless Babble“… Yes, that’s 40%… so maybe the reality is that the average Twitter user is quite happy with the pointless babble.

My guess is that mundane tweets are quite important in making Twitter accounts project a more wholesome and human presence. Without them the Twitter streams do not feel real and raises sub-conscious suspicion.

A non-digital industry related company sets up a Twitter account. The CEO also has a personal account. He tweets company and maybe industry specific news to both accounts but he also tweets random personal tweets and replies to his personal account.

Which of the two Twitter accounts feels more real? Which feels more genuine? Which is more interesting to follow?

The UK Labour party has 34K followers. Alastair Campbell (previously Director of Communications and Strategy doctor for Tony Blair), has twice as many and Sarah Brown (wife is the previous prime minister Gordon Brown) has over 1,000,000 followers.

As individuals they seem (and many in reality are) more approachable that the faceless facade of a political party.

According to Twitter Study – August 2009 (pdf) many casual Tweeters actually use Twitter as a mini forum, discussing hobbies and personal lives back and forth. These conversational tweets make up 37% of the total.

Should a company not try to leverage this or join the conversation if possible? The tweets and your replies may have nothing to do with your products but the relationship has lots to do with your company.

Should the digital industry dictate how people should use Twitter? Ofcourse not! If we do, it dies. It will drown in marketing distrust and bland messages with no real feelings behind.

We need to keep any and all social streams warm with human feelings and tempered with clear information. After all, digital or not, we are still human and human communication is chaotic by nature so why should digital conversations be different?